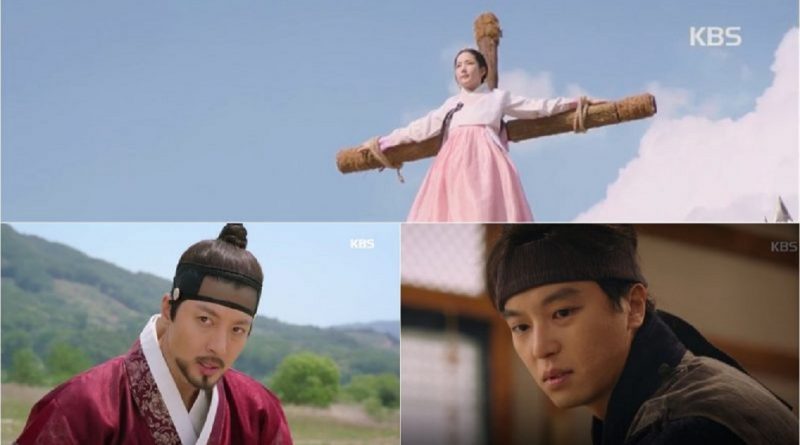 After making sure of Shin Chae Kyung’s condition, Lee Yong put his sword on Im Sa Hong’s neck. “If once again you hurt people around me, I will not remain silent”, said Lee Yong.

Im Sa Hong immediately made a new strategy. On the day of Shin Chae Kyung’s forgiveness, there are reports that Lee Yeok has stolen several objects from the warehouse. Then Shin Soo Geun (Jang Hyun Sung) is willing to take the responsibility when Shin Chae Kyung enters the palace court and her father is in trouble because of her, Shin Chae Kyung asks Lee Yong to punish her. It was then that Lee Yeok appeared.

Lee Yong who does not recognize who Lee Yeok actually was said then “Brother, it’s me” and the next episode is awaited by the audience.