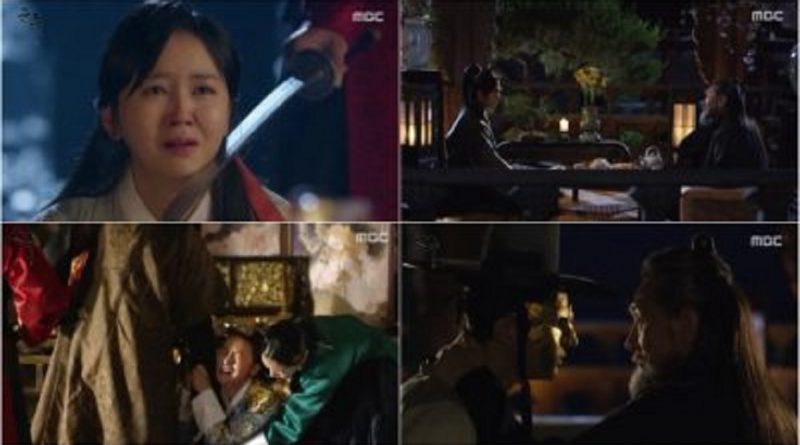 On Wednesday-Thursday drama MBC ‘Ruler – Master of the Mask’ episodes 29 and 30 on the 28th, it told the story of Lee Seon’s crown prince (Yoo Seung Ho) who came back to life after being killed.

On this day, the crown prince Lee Seon died to rescue Han Ga Eun (Kim So Hyun), who was kidnapped by Dae Mok (Heo Joon Ho). Dae Mok said, “I always fail finding you to kill you but you appear just because of a girl.”

Crown Prince Lee Seon replied, “I will destroy Pyeon Soo Hoe and open a new era.” Dae Mok said, “If you marry Hwa Goon and hold my hand, I will raise you to be the king. That way, my dream and my future will be yours. ”

However, the crown prince Lee Seon rejected Dae Mok’s proposal. Kim Hwa Goon asked Dae Mok to persuade Lee Seon’s crown prince because if he did not accept his proposal, he would not remain silent. Crown Prince Lee Seon refused by saying, “I already have my woman. So do not try to seduce me. “Then Kim Hwa Goon said,” This is not a war, nor is it to be your woman. Sit next to the woman you want. I’ll be Dae Mok and I’ll give you Pyeon Soo Hoe. “

In the end, the crown prince Lee Seon attended the ceremony of the organization, and Dae Mok threatened his life by feeding three poisons. Heart of Crown Prince Lee Seon revealed to Han Ga Eun before his eyes closed.

After that, Dae Mok uses poor Lee Seon (L) to poison the queen and some of his slaves.

In the next trailer, Dae Mok is portrayed as dominating Joseon. In addition, Lee Seon’s men’s crown prince scene is still unfolding and evokes curiosity.