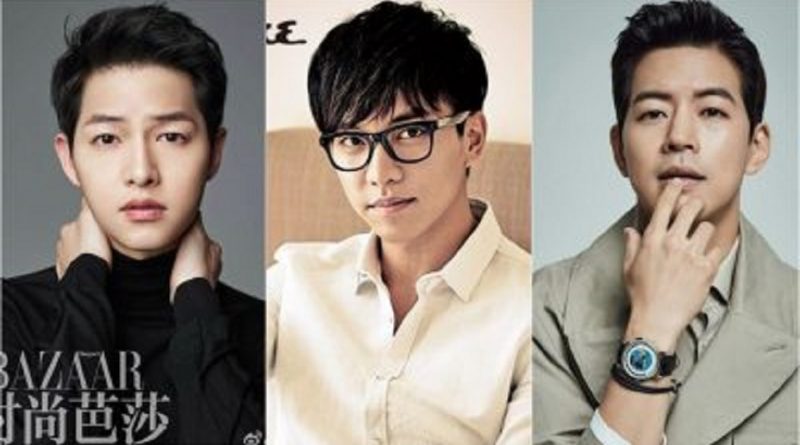 Pursuing a career in the entertainment world  does not prevent the artists to reach high education. Education is an important aspect for them in life. We should be proud of them for their determination in education in the midst of their hectic schedule. To make things easier, many artists are taking courses that fit their profession like art. But some of the artists below try taking different fields with their profession.

Being popular in various films, Kang Dong Won apparently is a graduate of mechanical engineering from Hanyang University. He does have an IQ of 137.

G-Dragon is an expert in music. In 2008 he was accepted in Kyung Hee University Department of Postmodern Music. Due to his busy life, he moved to Digital University with a major in Leisure Sports Studies.

This one artist is not only handsome and kind, he is also an intelligent figure. Song Joong Ki is a graduate of the oldest university Sungkyunkwan University in the department of business administration. While still being a member of Running Man, Song Joong Ki was admired in the quiz game because of his broad knowledge.

You guys would not have guessed what direction Minzy was taking. The former 2NE1 personnel did have a religious family background, so she took a major in religion at Baek Seok Univesity. Even Minzy aspires to be a pastor.

This one actor often gets praise for his brilliant achievements. While being busy in the entertainment world, Lee Seung Gi attended Dongguk University, majored in International Relations and graduated with satisfactory grades. Not only that, he took S2 majoring in Culture at the same University.

This beautiful figure is a graduate of one of the most popular universities in Korea namely, Seoul National University (SNU). In 2005 she held a degree in fashion.

Just like Kim Tae Hee, Lee Sang Yoon is also an alumnus of SNU. The department taken by Lee Sang Yoon is quite difficult, that is physics. Although he was a little late due to his busy schedule in the entertainment world, in 2013 he managed to finish his education.

These artists deserve to be examples. Although they have a busy schedule, they still prioritize their education. Because enriching knowledge is very important for our lives.