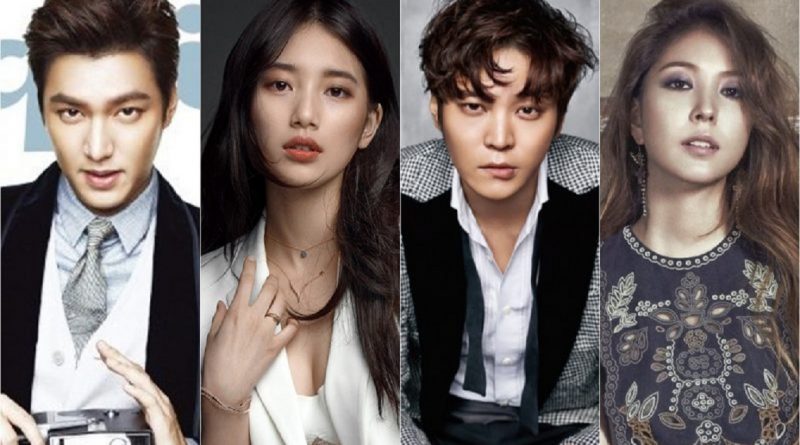 Who is the second celebrity couple? After the news of Song Joong Ki and Song Hye Kyo’s wedding, the ‘Hallyu star couple’ also becomes a topic. The interest in Korean couples who have publicly announced their relationship is getting bigger.

March 2015, Suzy acknowledges her relationship officially with Lee Min Ho whom in May this year started his social services in Gangnam-gu, Seoul. In March of this year, Lee Min Ho and Suzy celebrated their 2nd year of relationship and showed their affection. According to each side, in the midst of their busy life, Suzy and Lee Min Ho invite some close relatives to hold a simple celebration in Seoul.

Prior to social service, Lee Min Ho participated in MBC’s ‘DMZ, The Wild’ a natural documentary program and became a topic of conversation. Lee Min Ho became the first Korean documentary presenter to introduce the DMZ. 1 year 6 months, a photo book about DMZ was released on the 3rd July.

Meanwhile, in March, Suzy’s exclusive contract with JYP Entertainment has ended and is still being discussed. Suzy will be playing in SBS’ new drama ‘While You Were Sleeping’. Suzy plays the figure of a woman who has an accident and can see the events through her dream, and she will collaborate with Lee Jong Suk who plays the character of the prosecutor who tries to prevent the dream from coming true.

On January 18, singer BoA ​acknowledges her relationship with Joo Won who is currently being the assistant in the 3rd division instructor in the military.

Joo Won is in the military, but before entering the military service he has filmed for SBS’ ‘My Sassy Girl’, a pre-production drama which aired on Monday and Tuesday. While BoA is currently being the MC and producer for Mnet ‘Produce 101 Season 2, she shows the changes and announces the ‘CAMO’ project. BoA also released a new song and MV.

May 26, 2017 Tirta Comments Off on ‘The Sheriff in Town’ Press Conference
MOVIE VIDEO