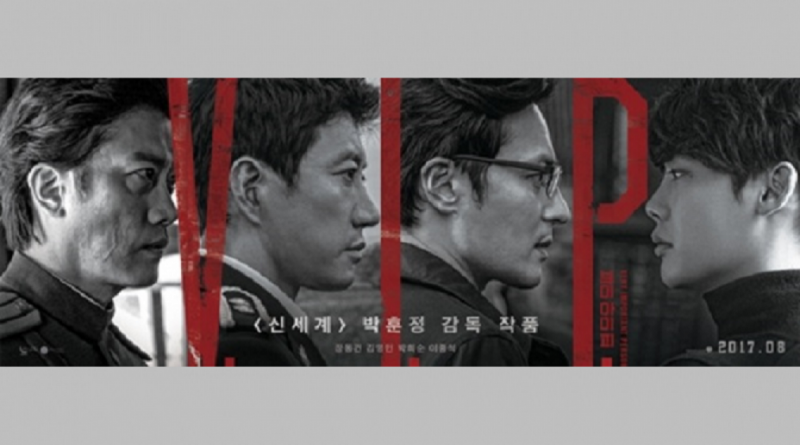 Producer Park Hoon Jung who produced the movie ‘New World’ is back with his new work ‘V.I.P’ which will be released in August has released its first teaser.

This is a crime drama about the story of four men who have different aims, who wants to hide the case, who wants to capture it, and who wants to take a revenge, in a situation where NIS and CIA are planning VIP from North Korea as a suspect in serial killings.

The three men stared without expression to a VIP Kim Kwang Il (Lee Jong Suk) who came from North Korea who also looked back at them, we can feel the tension between the three men and one man.

‘V.I.P’ will be released in August.