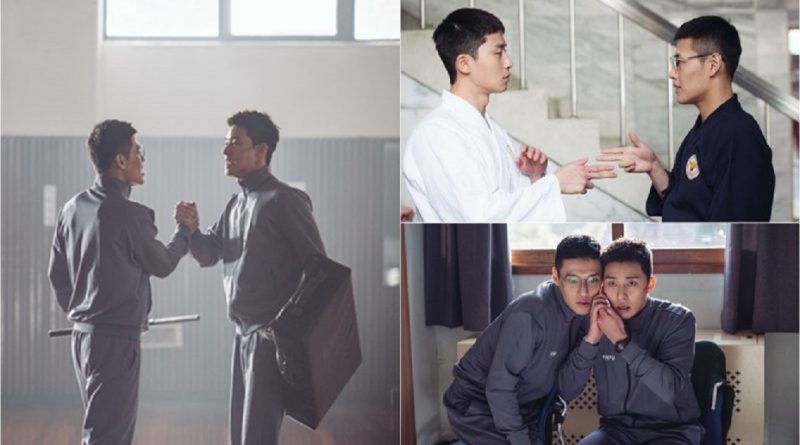 ‘Midnight Runners’, which will be released on August 9th, will give something different on the big screen this summer. The movie has just released 12 stills featuring Park Seo Joon and Kang Ha Neul.

In the published stills, the two actors seem to have a fantastic chemistry. Public’s attention is focused on the captivating charm of their comics as well as actions.

The appearance of ‘Gi Joon’ (Park Seo Joon) and ‘Hee Yeol’ (Kang Ha Neul) wearing a cloak and showing their charms, the charisma of ‘Joo Hee’ (Park Ha Sun) and ‘Hee Yeol’ who was hitting a boxing bag, as well as the appearance ‘Professor Yang’ (Sung Dong Il) will make us feel intrigued to the story that will be set on a police academy as its background.

There are also pictures showing Gi Joon and Hee Yeol’s cooperation. In one picture, the two of them bump their fist onto each other, in another, they could be seen listening to a phone call with a shocked expression, and on the last, they are clutching their knees as if they have been running for a while.

‘Midnight Runners’ will come to theaters on August 9th.