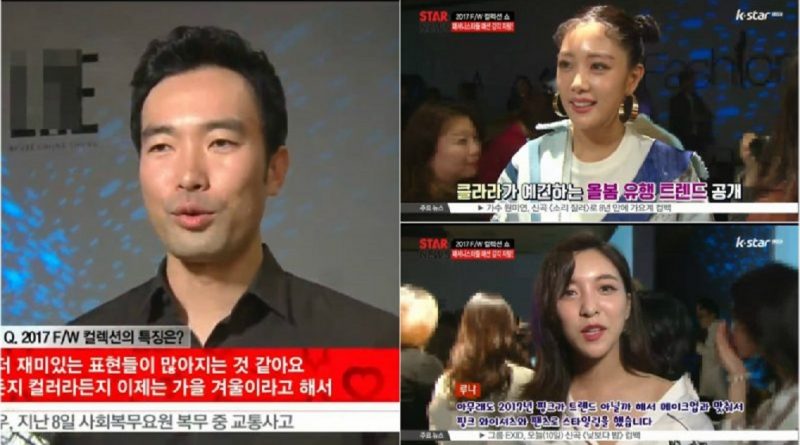 This collection contains trendy designs with sensual colors made of various fabrics. Lee Chung Chung’s perfect design made him received many love calls from abroad. “After Seoul Fashion Week, I will have a show in Shanghai. I’ll meet many buyers, and then I will have another show in Guangzhou. After that, I’ll come to Vietnam,” said the designer himself.

A lot of stars showed their interest in Lee Chung Chung’s newest collection.
Actress Clara was one of the many stars who attended the show, she appeared wearing blue outfit. Luna F(x) also came to the show wearing a dress that showed off her beautiful shoulders. Presenter Oh Cho Hee also revealed that she had been paying attention to her bodyshape for the sake of coming to the fashion show. Lim Soo Hyang said she’s anticipating winter because of Lee Chung Chung’s winter collection.