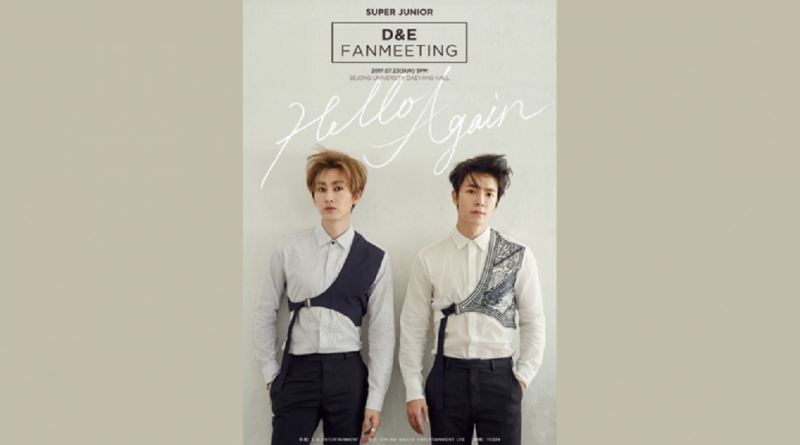 Super Junior’s D & E Group (Dong Hae and Eun Hyuk) will hold their first fan meeting after finishing their military service. Super Junior D & E will hold a fan meeting titled ‘Hello Again’ at Sejong University, Seoul on July 23rd at 5 PM and will be reunited with the fans after a long time.

Since this fan meeting is very special, after 2 years Super Junior members Dong Hae and Eun Hyuk completed their military duties, this fan meeting is planned to be a solid communication ground, a magnificent stage, and various games have been specially prepared.

Before entering the military, Super Junior’s first album D & E ‘The Beat Goes On’ was released. On Hanteo Chart and Digital Chart, it manages to stay on the top rank on the Korean music charts, it also led to a booming popularity, being the 8th in iTunes, fourth on the billboard album charts, and Hello Again fan meetings tended to have competition in ticket purchases.