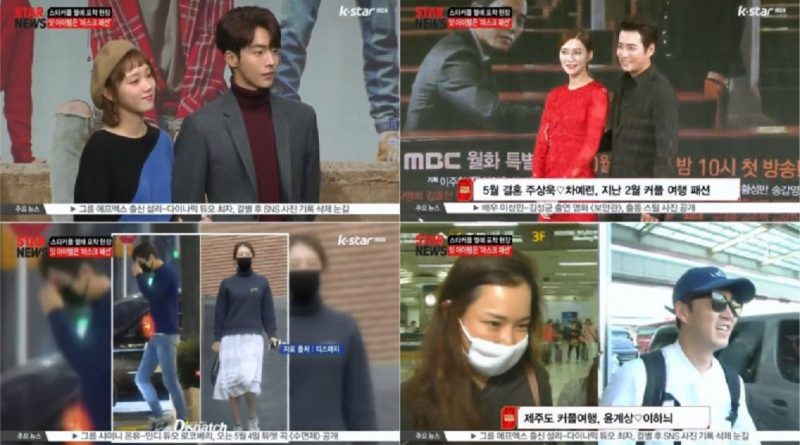 Mask is a fashion item that is often used by a lot of celebrities.

Another couple, Joo Sang Wook and Cha Ye Ryun, who’s going to have their wedding in May, was caught in masks by KSTAR’s camera when they’re going to have a vacation together in February. Cha Re Yun’s beauty could not be covered even though she was wearing a hat. Joo Sang Wook’s handsomeness also still radiated despite his hat and black mask.

Married couple Rain and Kim Tae Hee’s ‘mask fashion’ also stole attention when they were back from Jeju Island. At the same time, Yoon Kye Sang and Lee Honey were reported to be going to Jeju. Lee Honey arrived first in Gimpo Airport with casual clothes and mask, while Yoon Kye Sang appeared with a hat, black sunglasses, white shirt and pants.

It’s clear now that masks is an important fashion item for celebrities when they’re dating because they could not freely show their appearance in the out. Masks have become an important item in their daily lives