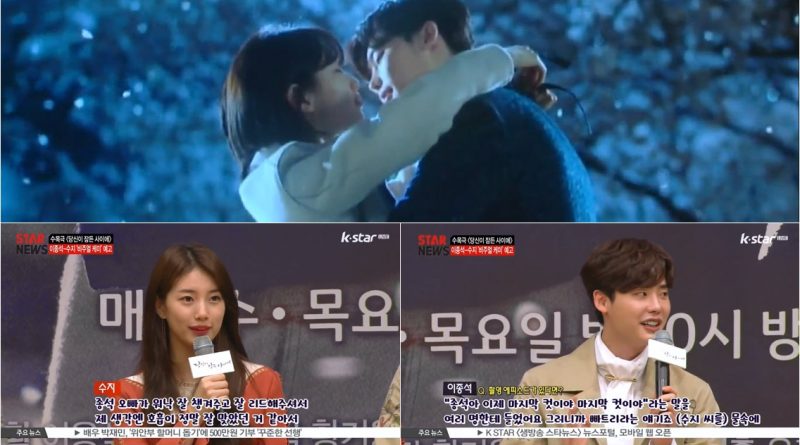 DRAMA VIDEO
September 27, 2017 Ria K-DRAMA, K-VIDEO, While You Were Sleeping

‘While You Were Sleeping’ is a romantic fantasy drama that tells of a woman who can see the accident through dreams played by Suzy and a prosecutor who tried to prevent the dream come true played by Lee Jong Suk. Viewers are looking forward to Lee Jong Suk and Suzy’s drama more than imagining the fantasy itself. In the teaser, there is a scene on the beach. It was such a beautiful melo drama scene.

Lee Jong Suk was sure that his kiss scene in section 11 will surpass more than 20% audience rating. Jil Se Ra will dance with Suzy if her rating exceeds 30%. In addition, Suzy’s transformation by cutting her hair short has become a hot topic. Suzy who has long been a trend mark with her long hair now cut her hair for the sake of the drama.

‘While You Were Sleeping’ starring Lee Jong Suk and Suzy will air on September 27th.