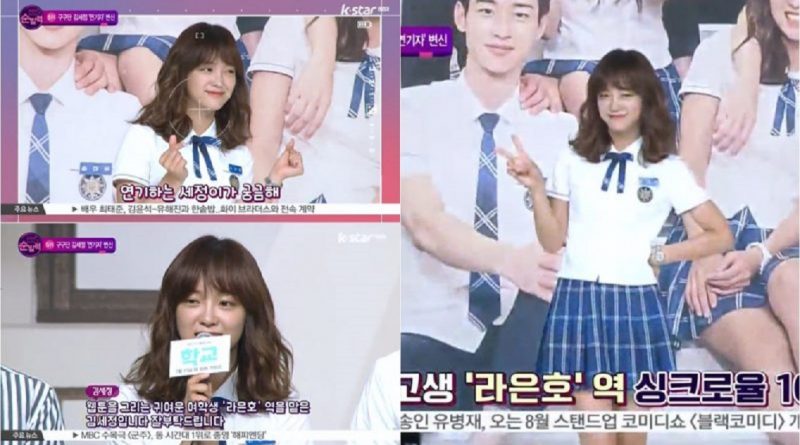 Se Jung Gugudan challenges herself in a drama. She’s starring in a drama for the first time as the main character, and her fans are looking forward to it. The drama itself is ‘School 2017’, a drama that should not be missed. The ‘School’ series is considered as the gate for stars to rise into fame. Top Korean stars such as Jo In Sung, Gong Yoo, Lee Jong Suk, and others, started their career by starring in ‘School’ series. Ha Ji Won, Bae Doo Na, and Lee Yoo Ri are also the stars who were born from the ‘School’ series. Whenever newcomers wear uniforms and engage in ‘Schools’, it’s like they are like walking towards a brilliant career.

“Hallo my name is Kim Se Jung, I play ‘Ra Eun Ho’ a cute 3rd grade high school student who wants to become a webtoon writer and go to a prestigious university in Korea,” said Se Jung, explaining her role. “I’m trying to learn a lot of things that I can afford from the set. I seem to have found a field where I can learn alot and find it easy to express my feelings.”

Kim Se Jung’s presence in ‘School 2017’ is highly anticipated. Actress Han Sunhwa from Secret did not forget to give her support to Kim Se Jung. “I really support her. Many directors have given their praise for her, so I am happy to support this drama.”

August 15, 2017 Tri Comments Off on ‘Goblin’ Becomes the Korean Drama With The Highest Rating In Taiwan
MUSIC VIDEO