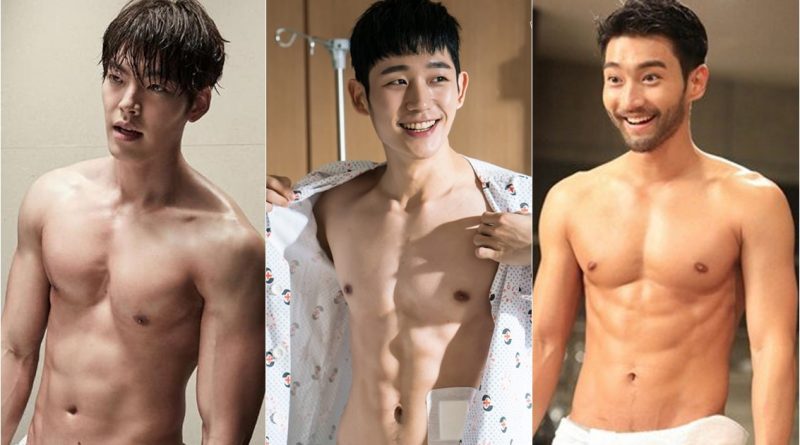 You must often see Korean actors show off their body in Korean drama, right? Some are exercising desperately for the sake of filming the drama. Having a muscular body becomes an advantage for the actor in the eyes of his fans. Who are these actors with muscular bodies?

To portray a martial arts athlete in the drama ‘Fight for My Way’ Park Seo Joon exercises to be more athletic. He also showcased his body in the drama.

Acting as a cop in ‘While You Were Sleeping’ Jung Hae In has to protect Bae Suzy from a knife. He is hurt because of it. When changing his clothes at the hospital, there is a scene that shows Jung Hae In’s muscular body shape.

Super Junior’s Siwon acts differently in the drama “She Was Pretty”. Siwon looks like a very handsome man with a beard and six-pack body he has.