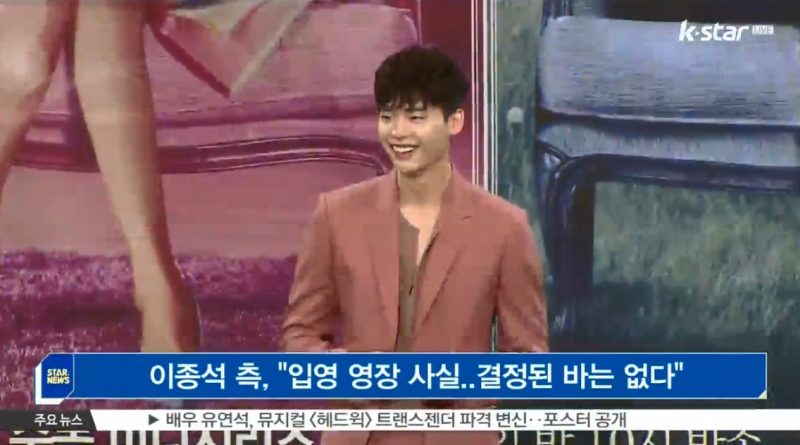 Lee Jong Suk is reported to be starting his military service soon. On July 28th, Lee Jong Suk’s agency revealed, ‘It’s true that Lee Jong Suk has received an Entry Notice from the military, but the matter has not been decided yet’.

Then they delivered, ‘Lee Jong Suk feels responsible for promoting his movie, VIP, which will be released at the end of August, and the drama While You Were Sleeping, which will start airing in September. So if it’s possible, he will do the best in every promotional schedule.’

Previously, media reported that Lee Jong Suk received an entry notice to start his service on August 10th,
and that he was considering various options to promote his upcoming works.