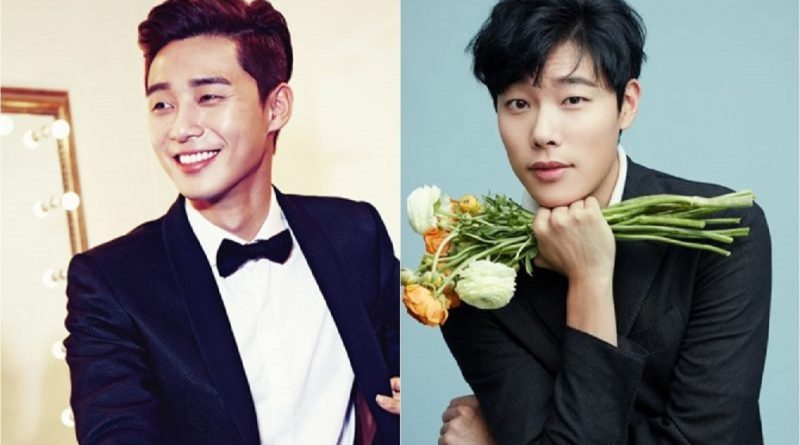 Producers admitted that they’re having a difficulty in finding the right late 20s to early 30s actor who could be the male lead of their productions due to military service, wedding, and others. In addition, some of the actors who used to be highly nominated as potential male leads are starting to be eliminated from the list.

However, on July 19th, according to a source from the Korean film industry, the young stars whose selling price are rising are Park Seo Joon and Ryu Jun Yeol. Park Seo Joon, who plays in the KBS 2TV drama ‘Fight For My Way’, is currently emerging as the strongest potential male lead figure. After starring in ‘Reply 1988’, Ryu Jun Yeol continues to draw attention to his various appearance in movies. For both actors, the uprising ‘love calls’ (calls / offers in the entertainment world) from the film industry is not only caused by their popularity, but also because they have done their military service.

A number of actors have already carried out their military service or scheduled for their military service soon, so producers have to rely on young actors. Im Siwan and Joowon had entered the army, while Kang Ha Neul and Kim Soo Hyun are scheduled to start their service in the second half of this year. Lee Jong Suk will enter the army after he finished filming ‘The Wicked’, which is going to be around the same time ‘V.I.P’ is going to be released. Song Joong Ki is going to get married soon, while Kim Woo Bin and Yoo Ah In are concentrating on their illness. One awaited figure in the film industry is Park Yoochun, whose military service is about to be finished soon, but then his name was forcibly pulled from producers’ casting lists after his sexual assault controversies arise.

Ha Jung Woo and Kang Dong Won, actors who still act as 30 years old men, are originally already 40 years old. On the other hand, Yoo Seung Ho and Yeo Jin Goo are still in their early 20s, so they still do not fit to portray a 30-years-old male character.

This summer, Park Seo Joon and Ryu Jun Yeol are going to appear in cinemas with their movies, ‘Midnight Runners’ and ‘A Taxi Driver’. After this, it seems like a number of offers are going to come their ways, but these two actors surely need to be careful in selecting their projects.