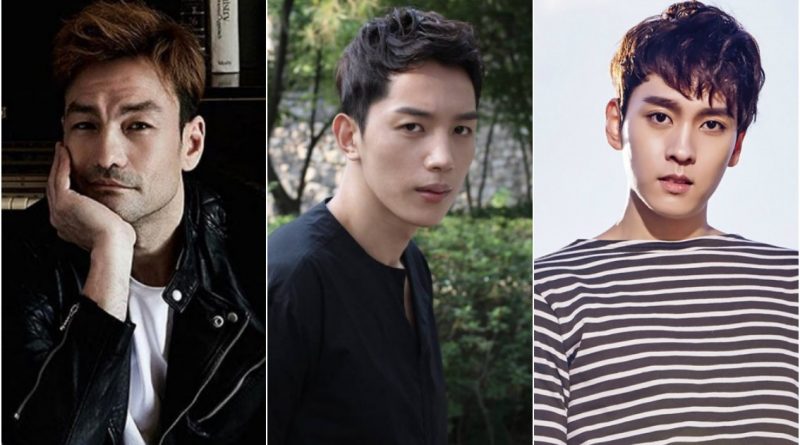 David Lee McInnis is an American actor who lives in Munich, New York. He became an evil character as the gang leader who disturbs the citizens of Urk. With the crime that David did in the drama ‘Descendants of the Sun’his masculine charm still shines among female audiences. Even after his drama has ended, David was invited as a guest on the variety show ‘Running Man’ due to his popularity.

In the drama ‘Strong Woman Do Bong Soon’, Jang Mi Kwan plays the role of a female kidnapper. He committed violence and harassed the peace of the people around Do Bong Soon’s house. In some scenes that are shown, many people were amazed with his appearance. He looks macho for some female fans. After that, many are starting to notice it and look up his profile on the internet.

Nam Goong Min acts as a chef who often appears on television. He is gentle and kind but it turns out behind his personality, he hides sadness. The tenderness and kindness he often shows in his place work stole the hearts of viewers. Moreover, the charisma he has while cooking is so radiated.

5. No Min Woo (My Girlfriend is a Gumiho)

No Min Woo has stolen female audience’s hearts. Despite his attempts to damage Miho’s relationship with Cha Dae Woong, his handsome looks can still steal the hearts of viewers. Thanks to his role in the drama ‘My Girlfriend is a Gumiho’, No Min Woo was named the most handsome evil character of the time.

August 29, 2017 Ria Comments Off on Great Actors Are Lining-Up For The Movie ‘Fortress’
STAR VIDEO

July 6, 2017 Tirta Comments Off on An Interview with ‘The Villainness’ Actress, Son Min Ji