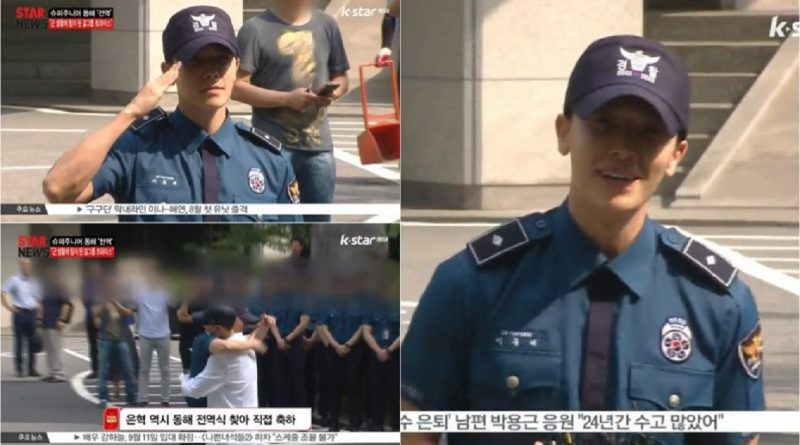 Super Junior Donghae has finished his military service after 1 year and 9 months as a police officer in Seoul Regional Police Agency’s Public Relations Department. On the day of the completion of his duties, there were over 500 fans from around the world gathering in front of the Seoul Metropolitan Police Department.

The thing Donghae wanted to do the most after completing his military duty is to meet his fans. “What I want most to do now is to greet my fans. I want to be polite. I want to meet the members and meet the fans in a show. I also want to eat the food that my mother makes.”

After finishing his military service, Donghae is preparing to meet his fans together with Eun Hyuk. “First I want to concentrate on the album. Then I want to do the fan meeting, and perform with my members at SM TOWN.”

Super Junior members Eun Hyuk and Donghae are together again! Eun Hyuk congratulated and embraced Donghae when he gets out of the military. Both of them greeted the fans who came to the military discharge ceremony. “For 1 year 9 months I’ve been feeling lonely, I’m sorry for letting fans wait for 1 year and nine months. I’ll give you more time. I want to get back to work quickly,” said Eunhyuk.

Eun Hyuk and Dong Hae, who have returned from their service, will participate in Super Junior activities by joining their fan meeting on July 23rd.