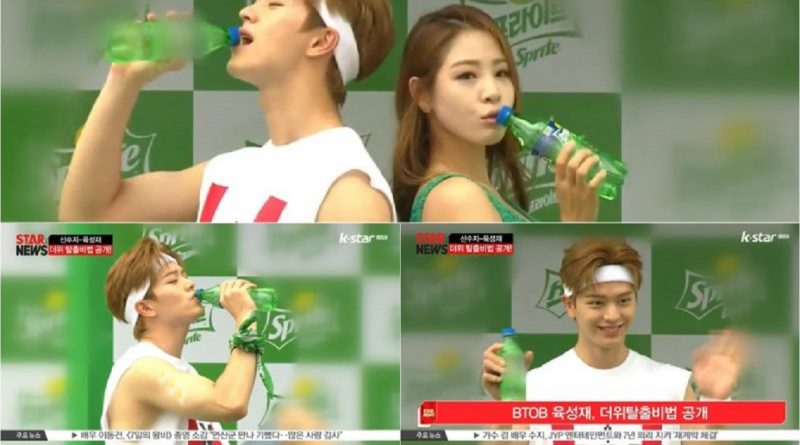 Together with a former gymnast, Shin Soo Ji, Yook Sung Jae finds a drink to get rid of the hot weather. “It’s a very hot summer right now, isn’t it? Therefore to relieve the heat, I participated as a cool sexy icon”, said Yook Sung Jae.

That day Yook Sung Jae stands in front of his fans using a thin sleeveless shirt and shows his muscles. It was the first time he wore such a costume after his debut. He admitted that he was shy to wear it but for the sake of his fans, he still did it.

Yook Sung Jae who becomes the cool sexy icon shows how to overcome the heat. “Now I feel tired, so it feels refreshing to bathe in cold water. Bathing in cold water will help blood circulation, so I take a shower with cold water to start my day”, said him.

Yook Sung Jae chooses to take a bath with cold water to relieve the heat.