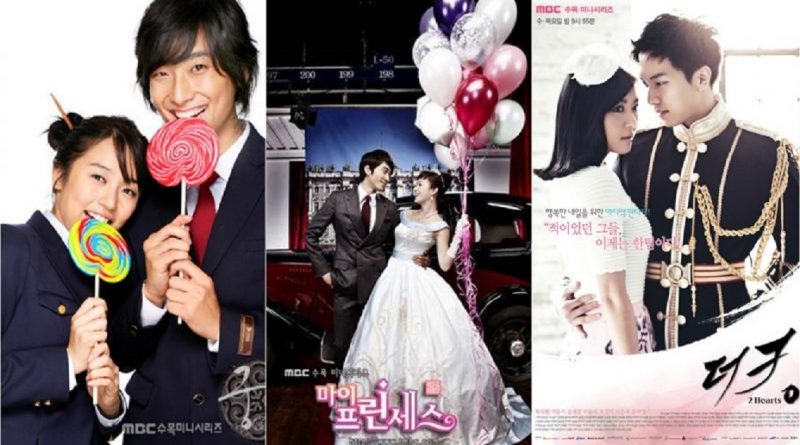 Sageuk or historical drama usually takes the theme of the kingdom in Joseon and Goryeo era. Currently, South Korea is already a republic. But long before, Korea is a country whose government is based on the kingdom. There are some dramas that have the theme of the palace or royal life but made with modern versions, such genres become a fresh breeze in the world of Korean dramas. Let’s take a look at these dramas!

Chae Kyung (Yoon Eun Hye) is an ordinary high school student. One day she heard the news that according to her grandfather’s will, Chae Kyung had to marry a crown prince named Lee Shin (Ju Ji Hoon) who went to the same school as her. Chae Kyung, who is a bit rebellious, rejected the arranged marriage, but in the end, she still married the crown prince to help her family who got involved in debts. She struggles to adapt to the family and rules in the palace.

Lee Sul (Kim Tae Hee) is an ordinary student who entered the university a bit late. She dreams of becoming a princess one day and apparently, the dream comes true. Lee Sul finds out that she is a princess and a great-granddaughter of the last emperor of the Joseon Dynasty, Emperor Sunjong. Park Hae Young (Song Seung Heon) a 31-year-old diplomat is the heir of Daehan Jonghap Group. Besides being handsome, Hae Young is a top school graduate. He was instructed to educate Lee Sul about ethics and manners. Unfortunately, Hae Young is caught in a precarious situation when he finds out that he is in love with Seol, the girl who will inherit all her property if the monarchy is successfully restored.

In this fictional drama, South Korea is told to be under the rule of a constitutional monarchy. ‘The King 2 Hearts’ tells about Prince Jae Ha (Lee Seung Gi) from South Korea who became the husband of Kim Hang Ah (Ha Ji Won) the instructor of the special forces of North Korea. Prince Jae Ha is forced to marry Kim Hang Ah to realize the wishes of his brother Jae Kang (Lee Sung Min) who is also a king, about north and south union. At the behest of his brother also, Jae Ha must participate in the WOC (World Officers Contest) with a team from North Korea. Jae Ha is a man who likes to have fun and does not care about royal affairs. Until one day, Jae Kang and his family were killed by John Mayer (Yoon Je Moon) while they were on vacation. Jae Ha automatically replaces his brother position as a king and seeks to realize Jae Kang’s ideals.

May 20, 2017 Tirta Comments Off on Bong Joon Ho’s ‘Okja’ Will Premiere in Cannes Film Festival
VIDEO