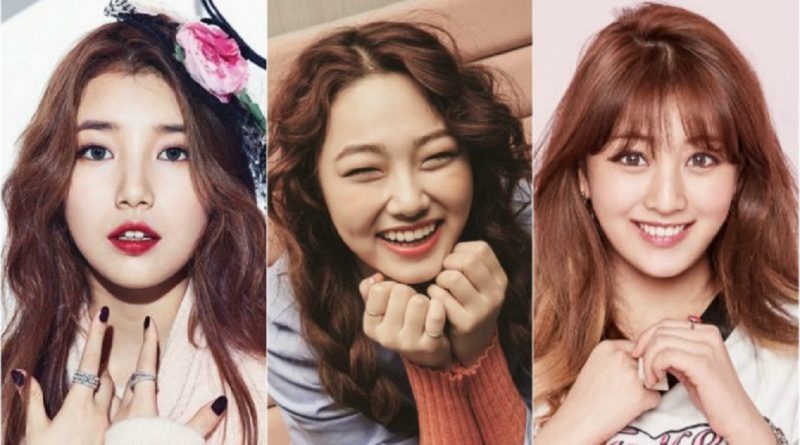 To be an idol, there is a lot of things to do and fight for. One of them is to maintain your body shape. But these idols also ever have a problem with their weight, so they have to lose weight to look slender and slimmer. Here are the 3 female idols who managed to lose weight.

Who doesn’t know her? Suzy is a member of Miss A and an actress who has a very beautiful body. Female fans might be jealous of her body. It’s not rare that Suzy fans want to have a body like her. But who would have thought, Suzy ever had a problem with her weight. Suzy looks chubby when she plays in the drama ‘Dream High’. Fans can compare how different her body shape is when Suzy plays in the drama ‘Dream High’ with her current body shape. To get the ideal body shape, Suzy does a strict diet and exercises a lot.

Jihyo gets popular after she attended the Sixteen survival program. The program is to search for the members of a girl group that is organized by JYP Entertainment and Mnet. In the event, Jihyo looks a bit chubby. According to her mother, Jihyo gets chubbier because she is frustrated thinking about when she can debut, because she has been a trainee for 10 years. After she won the survival event and joined TWICE, Jihyo desperately went on a 3-month diet to lose weight before debuting with ‘Twice’. Jihyo’s struggles get a good result, she managed to lose weight and now she looks slimmer.

Just like Jihyo, Mina has also participated in the Produce 101 survival program before she debuted. In the event, Mina gets a lot of criticism from the audience due to her chubby appearance to become an idol. Hearing the criticism Mina felt that she had to lose weight to appear slimmer. When Produce 101 took place, Mina has started to eat less and exercises diligently. After Produce 101 ended, Mina joined I.O.I. Mina’s body shape look even better because Mina has been consistently keeping her body shape. Recently Mina again made the public surprised by her latest appearance that looks very slim. The fans asked Mina to take care of her health and to not do strict diet anymore.

November 19, 2017 Ria Comments Off on Taeyeon Will Make A Solo Comeback Solo in December with Christmas Album
MUSIC VIDEO