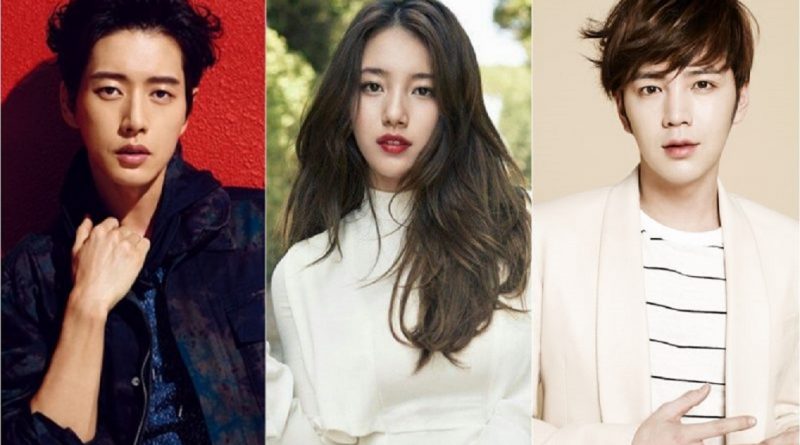 Being famous doesn’t necessarily make these stars forget themselves and become arrogant. Behind the sparkles and the colorful entertainment industry, there is a concern that is shown to each other. Not just a beautiful face, some of the stars below seem to have a tender heart and a hand that always ready to help those who are in need. Who are they?

We might not be that familiar with his face, but Sean is a hip hop singer under YG Entertainment. Sean has long been known to have a high social spirit. Since 2009, this Jinusean member often donates to ALS (Amyotrophic Lateral Sclerosis) or Lou Gehrig’s disease. He also doesn’t hesitate to invite fellow stars to participate in his charity activities. In the variety show ‘Strong Heart’ Sean once performed social activities at a school and no one realized that he was a star.

2015 Suzy is listed as a donor in a South Korean social community, Community Chest of Honor Society of Korea. She has donated 100 million won, equivalent to Rp 1.1 billion. In the same year, precisely at the commemoration of National Children’s Day Korea, she donated her doll collection to children in need. When the Sewol ship incident occurred, Suzy did not hesitate to donate 50 million won of her money to the victims.

It has been a while since his name was last heard in the industry, however, this South Korean actor is known to have a high social spirit. In 2013, Jang Geun Suk who is also good at singing donated his 10 million won or about Rp 114 million to the Seoul-based children’s special institution. Then, in March 2016, he also donated 50 Million won or Rp 570 million to cover the surgery bills of 10 teenagers.

Clever in acting, has a beautiful face, and widely popular, everyone must be familiar with Ha Ji Won. Ever published a book called ‘This Moment’, Ha Ji Won donated all the benefits she gained through the book to several social institutions. Ha Ji Won has also donated to the Hottest Scholarship Foundation to students in art, music, and physical education. Even now, she is still actively supporting children who are blind.

Senior actor Yoo Jung in the drama and the movie ‘Cheese in the Trap’ has ever received a Chinese Civil Award for social activities that he has been done. Of course, this award is also a reflection to his angelic figure. In 2013, Park Hae Jin once helped the victims of the earthquake in China by donating his 20 million won or equivalent to 260 million rupiah.

April 4, 2017 Tri Comments Off on B1A4 Baro and Seol In Ah to Collaborate in Web-Drama ‘Closed Eyes’
MOVIE VIDEO