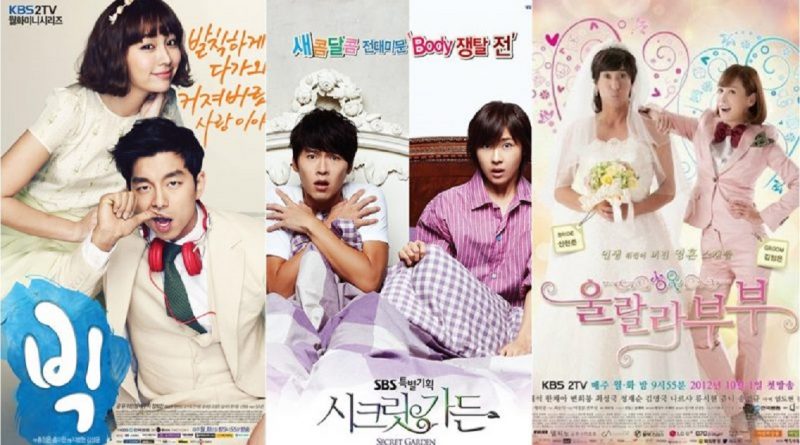 South Korea has shown its seriousness in presenting dramas with interesting plots. In ‘switch-bodies’ kind of drama, the main character switch bodies with one another: Man into woman, adults into kids, vice versa. In dramas, everything is possible. What are CastKo’s favorite ‘Switch Bodies’ dramas?

Kim Joo Won (Hyun Bin), an arrogant conglomerate must exchange bodies with Gil Ra Im (Ha Ji Won), a poor woman who works as a stunt woman. It is certainly not easy for a man who was born from a wealthy family. Initially, these two people are still difficult to adapt to their new lives, but over time, this body switch seems to have made the relationship of Joo Won and Gil Ra Im grows into love. Expecting her son to marry a woman who is considered equal, their relationship is opposed by the mother. Joo Won and Gil Ra Im have to prove to their mother that they love each other. What is unique is that these two main characters will exchange souls every time it rains. For the actor, it is certainly not easy, let alone the character played is the opposite sex. However, Hyun Bin and Ha Ji Won managed to show their acting skill perfectly. This drama was very phenomenal back in 2010.