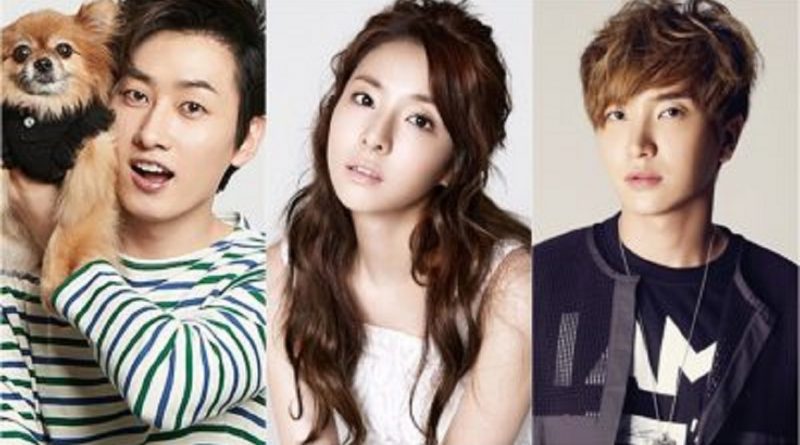 Although they are now famous and have no trouble either financially or other things, before reaching this stage, they had lived a hard life. Here comes the list of Korean celebrities who have lived a difficult life:

Eunyuk or Lee Hyuk Jae had a difficult past. Together with his mother, father and his older sister, Eun Hyuk lived in a tenement house. The house he occupied does not have a bathroom, and they must walk far away to the public bathroom. He is close to his family because his house consisted of only one room. Now, after he debuted as an idol of the famous K-POP group Super Junior, Eun Hyuk bought his parents a house.

IU’s parents were in debt, so they did not have enough money for IU. IU had to live in a small house with her brothers, uncles, grandmothers and parents. IU had also been cheated by a fake agency asking for some money if she wanted to be accepted at the agency. But fortunately, IU met with LOEN Entertainment and started her career as a singer. After the success, IU did not forget his family and bought a car for his father.

Sandara had a good career in the Philippines as a singer and actress. Unfortunately, the father was addicted to gambling and spent all of Sandara’s money. Dara had agreed to shoot with sexy pose. When his father was arrested, he was forced to return to Korea. Thankfully, this was indeed the best opportunity for Sandara. She restarted her career since then.

Yoona rarely mentions her mother. This is also a sensitive topic for Yoona since her parents have divorced. Yoona is raised by his father and has no memories of his mother. Yoona does not like to talk about her past in public. When receiving the award, she only thanked his father.

The Suju leader is the second child in his family. Since childhood, Leeteuk’s past was less fortunate than others. Just like Yoona, Leeteuk’s parents have also divorced. In the show ‘Stars, the 1% We Did Not Know. Everyone Has A Past ‘, he revealed he was often beaten when his parents quarreled. At the time of the military, his father killed his grandfather and then committed suicide.

Hearing the above five stories makes us think that everyone has a dark and bitter past. But thanks to their strong determination to fight their fate, they become successful artists in Korea and even are known in the world. The pain and bitter experiences of the past did not prevent them from achieving their dreams.