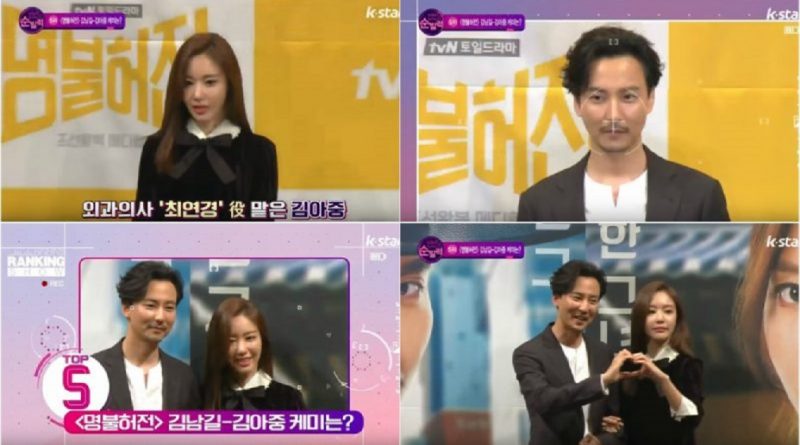 Kim Nam Gil and Kim A Joon are starring in a new timeslip medical drama called ‘Live Up To Your Name’, a time slip romantic comedy drama that will be aired shortly.

“Someone from 400 years ago comes into modern time. He is very keen on everything and was curious, but at the same time, he feels ashamed and uncomfortable,” said Kim Nam Gil about his character.

Kim Nam Gil acts as Heo Im Ie, the ‘CHIM SAEK NAM’, best doctor of Joseon era who comes into the 21st century, while Kim A Joong acts as Choi Yeon Kyung, a surgeon in the 21st century.

Very high expectations are addressed to both actors, who praised each other during the press conference. “I think there are many talented female actresses, but Kim A Joo has a higher spirit over other actresses,” said Kim Nam Gil. Kim Ah Joong said, “Kim Nam Gil is a very laid-back actor. I feel comfortable with all the crews, and he also feels the same, and I have to learn a lot from him.”

Viewers can watch the drama ‘Live Up To Your Name’ starting from August 12, 2017.