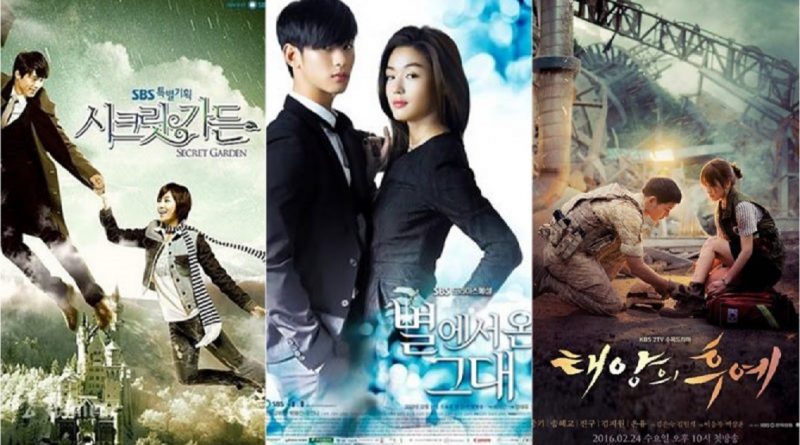 One element that could boost a drama is the soundtrack. Without the soundtrack, the atmosphere in the drama will be hard to perceive by the audience, and the chemistry between the players might also fail. Therefore, the existence of good soundtrack is absolutely important. Some soundtracks are very memorable for the audience. When the song is played, the scenes from the drama will flash in our minds. It is because the scene is accompanied by a song has a strong impression in the hearts of the audience.

Full House is a 2004 drama that became one of the pioneers of South Korean drama. This drama was so phenomenal, making Korean dramas known internationally. There are so many soundtracks from Full House that are quite memorable. I Think I Love You, which is sung by Byul, is very iconic and hard to forget. This song is very famous in its time. When we hear it, we will immediately remember the love story between Han Ji Eun (Song Hye Kyo) and Lee Young Jae (Rain).

Who does not know Boys Over Flower? This drama is an adaptation of a Japanese manga titled ‘Hana Yori Dango’. In addition to Korea and Japan, this series is also made in Taiwan version with the title ‘Meteor Garden’. These three dramas became a hit in their respective countries as well as abroad. Korea made this series starred by newcomer actors at the time, namely Lee Min Ho. The soundtrack was no less successful in the market. ‘Because I’m Stupid’ is a very ear-catching song, especially because this song is sung by Kim Hyun Joong (Yoon Ji Hoon) in the drama.

Hyun Bin’s name catapulted after starring in ‘Secret Garden’ with Ha Ji Won back in 2010. This drama created various syndromes due to its fashion, scenes, even dialogues that were spoken by Kim Joo Won (Hyun Bin). The soundtrack is no exception. ‘That Man’ is indeed the main song that is often played in ‘Secret Garden’. When we hear the beginning tone, we will immediately recognize this song, moreover, the meaning in the lyrics is quite easy to understand as it reflects Kim Joo Won’s feelings for Gil Ra Im (Ha Ji Won). We will immediately remember Hyun Bin’s tears streaming down his face when he wrote his will for the people around him.

‘My Love from the Star, starring Jeon Ji Hyun and Kim Soo Hyun, was very phenomenal. Many people even made their own parodies of the drama. The unique story plot of aliens who fall in love with an arrogant celebrity is very popular. The intro of the song ‘My Destiny’ sung by Lynn, will make us remember the charm and beauty of Cheon Song Yi (Jeon Ji Hyun). Although the song has a sad tone, the splendor and dignity of the main characters still radiate through the song.

This is the drama that made Song Joong Ki falls in love with Song Hye Kyo. ‘Descendant of the Sun’ was very booming during 2015 and early 2016. The chemistry between Song Joong Ki and Song Hye Kyo indeed looked amazing and could be felt by everyone who watched the drama. If we listen to ‘Always’ that is sung by Yoon Mi Rae, we will remember how Yoo Si Jin (Song Joong Ki) and Kang Moo Young (Song Hye Kyo) make our heart pounding because of their flirty-hilarious banters. Especially now that the two main actors will get married in October 2017. When the lyrics that read ‘I love you, can you hear me?’ is sung, Song Joong Ki and Song Hye Kyo’s image will automatically appear in our head.

Which one is your favorite?