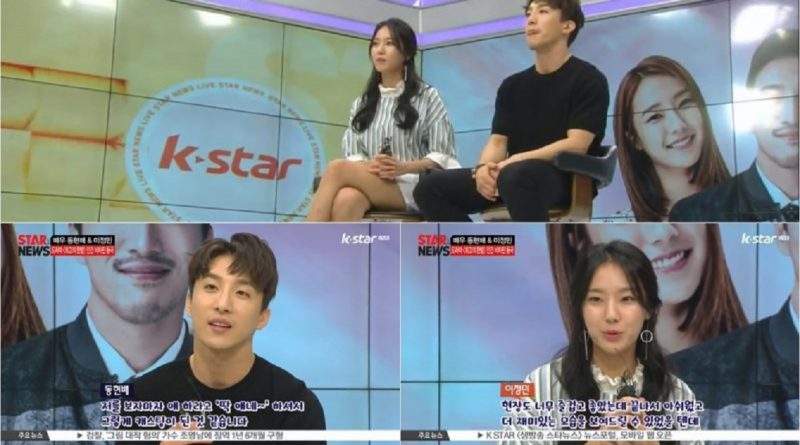 Through the drama ‘The Best Hit’ actor Dong Hyun Bae and Lee Jung Min spread the cute virus. In a recent interview, both are asked about their opinions regarding the last episode of the drama and the casts.

“I play as ‘Drill’, it’s nice to show such characters to the viewers”, said Dong Hyun Bae. “I’m in a female duo team called ‘Heolre Cake’. Our characters are cheerful and noisy. When I showed up I felt special so I really enjoyed it”, added Lee Jung Min.

The cast of MC Drill, Dong Hyun Bae said that Cha Tae Hyun himself is directing and doing the casting for his character. “When he (Cha Tae Hyun) sees me. He said I had to play it. That’s how I can become a cast. That’s why director Cha Tae Hyun always says ‘You! I chose you! I chose Hyun Bae!'”, explained Dong Hyun Bae.

Among the roof top occupants, Dong Hyun Bae’s original age is the oldest. At the first meeting with Min Jae, Si Yoon, Se Yeong, he was the one who initiated the talk and joked with them. Lee Jung Min can also follow the laughing voice of her co-star, Lee Deok Hwa.