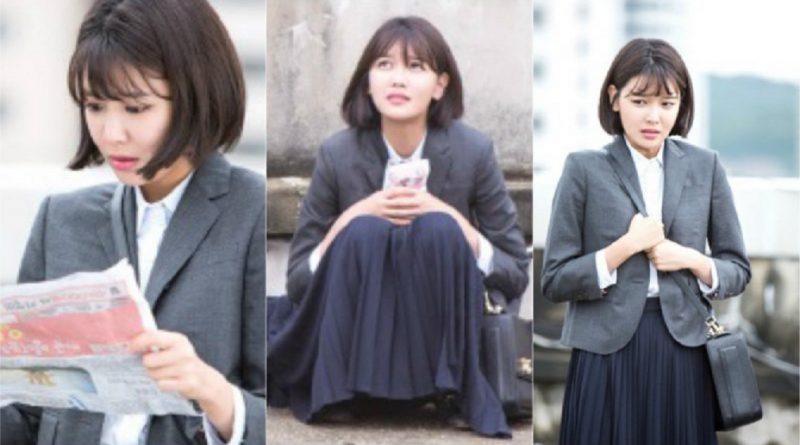 In the drama ‘Man Who Sets the Table’, Choi Sooyoung shows her transformation by acting as a schoolgirl who is ready to work.

The drama ‘Man Who Sets the Table’ will air on September 2nd, replacing MBC’s weekend drama ‘You Are Too Much’ and on August 21 it teased the viewers by releasing the still cuts of Choi Sooyoung who becomes the main character in the drama.

The drama ‘Man Who Sets the Table’ is a family comedy drama depicting the life of a family in which a father has a close relationship with his daughter but ultimately shows a happy ending.

In this drama, Choi Sooyoung plays as Lee Roo Ri, a schoolgirl who is ready to work. The character she plays has a nice charm, but she begins a relationship that does not get along with his strict and success-oriented father, and she always gets compared to her older sibling, Lee So Won. She finally meets with Jung Tae Yang outside the country by running away from her father, she has a turning point in her life and with Jung Tae Yang where she finds her love and marries him.

In the released photos, Choi Soo Young steals the public attention with a 180-degree visual transformation that is different from her previous self-image. Choi Sooyoung appears with her short hair but in this drama, Choi Sooyoung is not suitable to be called a ‘Fashionista’. Choi Sooyoung is expected to show off her new image in the drama ‘Man Who Sets the Table’ and shows her charm through her role as well.

March 27, 2017 Tri Comments Off on ‘Defendant’ Crews Eat Together After the End of Drama
MUSIC VIDEO