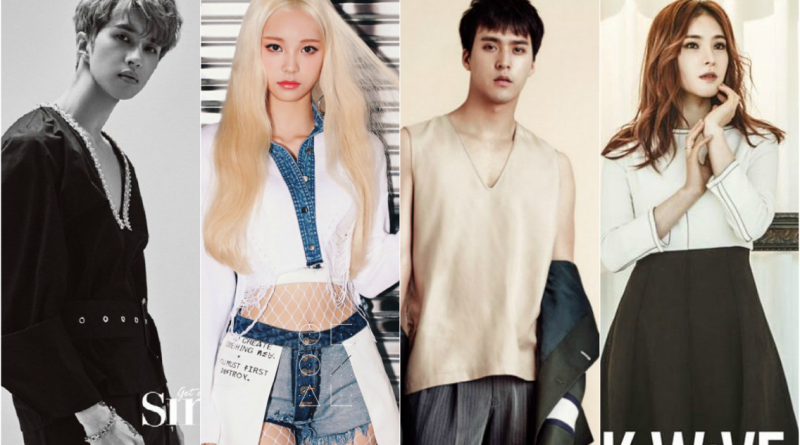 K-Pop idols have distinctive features that make them stand out! Whether it’s their charming personality, intellegence, or good looks, the idol seems to always attract attention. However, some idols have strong features that sometimes they do not look like Asians! These are 4 idols that are easy to be mistaken as foreigners.

In 2015, an MC ever mistook Ken VIXX on live broadcast! Even so, Ken is actually from Jayang-dong. Netizens often commented on the fact that they thought he is a foreigner and guess if he is Thai and not Korean.

LOONA’s Jinsoul coloured her hair to whitish-blond that gave her a very striking western profile. K-Pop fans often mistake her as a mix of many ethnicities, but Jinsoul is 100% Korean!

Many people think Dongwoon is a foreigner with European genes when they see him.

Gummy is often mistaken as a foreigner by netizens saying she’s half American or half European! Her beautifully carved nose and large eyes give her a different look than any other idol!

May 17, 2018 Ria Comments Off on 3 K-Drama with A Theme of Time-Traveling
MUSIC Rank&Talk

June 20, 2017 Gita Comments Off on Korean Stars Give Their Support for ‘The Villainess’ Movie
MOVIE VIDEO