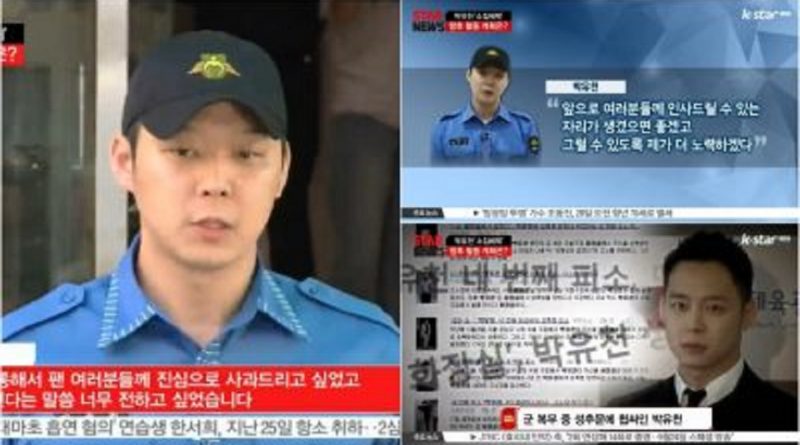 “I have time to feel, learn and think a lot during my service. I want to apologize to the fans in all places today, and I want to say that I am so grateful”, said Park Yoo Chun. Park Yoo Chun once again thanked fans and expressed his apology. Park Yoo Chun, who greeted fans with red eyes should go quickly.  Previously, Park Yoo Chun was involved in sexual assault cases four times during military service. In April of this year, he told the public about his marriage and became a topic. There are many fans who are wondering about his chance returning to the entertainment industry as well as his wedding, but Park Yoo Chun did not comment on this matter.

However, regarding his return to the entertainment world, Park Yoo Chun’s agency cautiously replied, “For now no decision has been made.” On the other hand, Park Yoo Chun delivered a speech on the official video channel of the agency on the day of the invitation. Park Yoo Chun, who expressed his willingness to make a comeback said, “I hope I have a chance to greet you in the future and I will do my best when I can do it.” In September, Park Yoo Chun is going to show what will happen in the future, with the announcement of him who is going to hold a marriage with his lover Hwang Ha Na.

May 26, 2017 Tirta Comments Off on ‘Blue Busking’ Press Conference
VIDEO