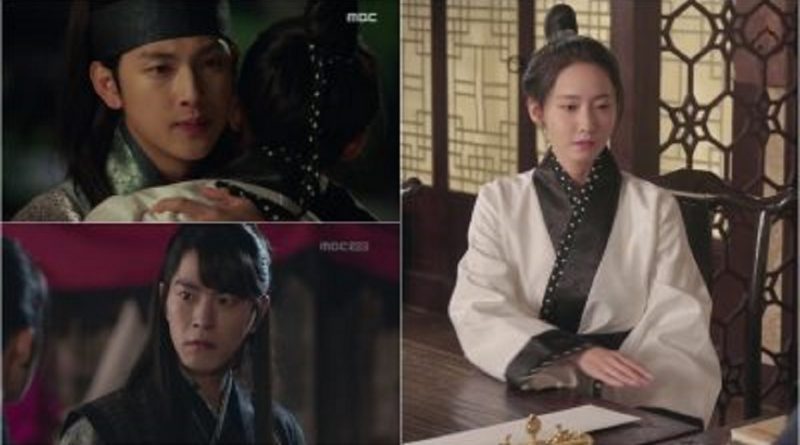 In ‘The King Loves’, Im Yoona’s mother’s assassin seemed to be Hong Jong Hyun’s older brother. Can Im Yoona and Hong Jong Hyun solve the horrible past haunting them?

On the 28th of Monday MBC drama ‘The King Loves’, Wang Won (Im Siwan) blamed himself for the death of Eun San’s mother (Im Yoona). He told Lee Seung Hyu that he was having trouble.

Wang Won looked for the one who killed Eun San’s mother and said he will help her for revenge. Wang Rin (Hong Jong Hyun) bewildered after hearing Wang Won’s words, and he went to see his father Wang Young and said he will tell all the events that happened 8 years ago. But Wang Young realized he could restore his family’s condition. Wang Dan said crying “Is the brother of a murderer also a criminal?”

Wang Rin confessed to Wang Won, his brother Wang Jun was involved in the case that happened 8 years ago. “I’ve suspected it eight years ago. But I hid it because it would burden my family. So it can be said I was also involved “said Wang Rin.

Eun San seed one of the familiar snake tattoos on Wang Jun’s body, and she worried about Wang Rin. “What I’m looking for, I’m also close to your brothers. You can get caught. They’re bad guys, “Eun San said. Wang Rin was angry.

Won Sung’s daughter (Jang Young Nam) wanted to choose a more profitable one and instructed the crown prince to find a scratch in Wang Dan’s family. He studied Eun Young Baek’s attack and summoned Wang Rin to the palace. At that moment, the bandit leader said “The thieves are the killer. They killed all that remains, “the evidence at the site was a butterfly pattern that was in Wang Rin’s family.

Eun San saw this, she found out that the one who killed her mother is Wang Jun, Wang Rin’s brother. Eun San went to Wang Jun’s house, picked up a knife and said that she will kill him. At that time Wang Won appeared. Eun San said “If he dies, every thing will end here” while crying. But Wang Won prevented her saying “No, you should not do that, San.”