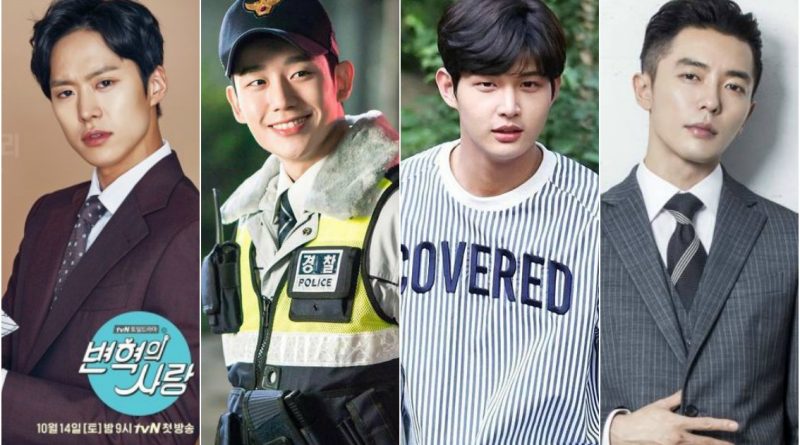 New actors are starting to appear and attract viewers. These new actors became a hot topic of conversation since appearing in popular dramas as second leads. Not only  their handsome appearance, but also their acting performance are being highlighted. Who are these actors?

1. Jung Hae In ‘While You were Sleeping’

Jung Hae In plays Han Woo Tak in the drama ‘While You were Sleeping’. He plays a very mysterious handsome police character for an unknown story of his past. Han Woo is a very kind, caring, caring person, and therefore, Hong Joo (Suzy) considers him to be her daughter-in-law. This almost perfect character really attracts the attention of the female fans who watched it until he became the number 1 most-search profile online.

Gong Myung has attracted attention since playing the gods in the drama ‘The Bride of the Water God’. Currently he is back playing with his colleague Choi Si Won in the drama ‘Revolutionary Love’. Gong Myung acts as a man named Kwon Je Hoon who is very smart but stays humble. Acting as a grown man, Gong Myung is crowned as the second lead that viewers admire.

Kim Jae Wook plays Park Jung Woo in the drama ‘Temperature of Love’. He plays the character of a rich entertainment agency CEO. Kim Jae Wook acts as a handsome and rich man whom women love. No doubt if this time he also becomes the topic of discussion among drama fans.

Of the four second lead actors above, which one do you like best?