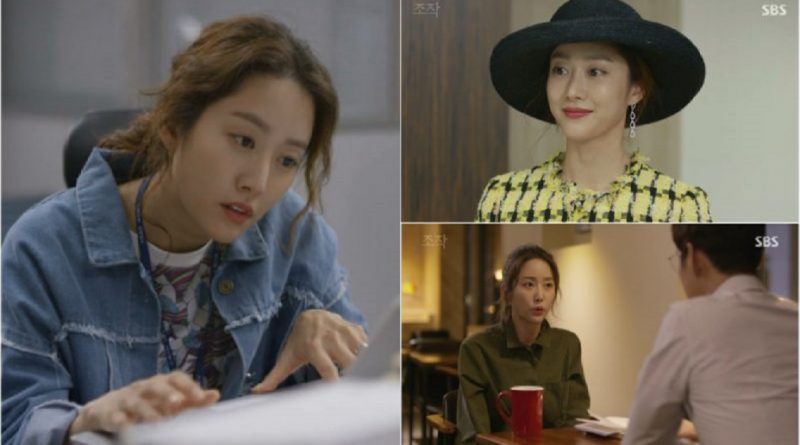 Jeon Hye Bin’s agency released a photo of her on the set of ‘Falsify’, a Monday-Tuesday drama from SBS.

Jeon Hye Bin plays as a veteran photo journalist named Oh Yoo Kyung, a mother working with a 27-month-old child in SBS ‘Falsify’. Oh Yoo Kyung, who has power with passion and strong consciousness, shows the true journalist’s attitude and mission every time and the journalist in the drama, of course, pokes the audience and lets them to think again.

In particular, on episode 21 and 22 ‘Falsify’ on the 28th, showed Oh Yoo Kyung who is investigating the operation surrounding Chul Ho’s death. Oh Yoo-kyung sees the material all night with her hair tangled up and her eyes opened wide, and is found with the wife of a rich woman. Jeon Hye Bin performs all of the elements in the drama perfectly, from the comedic scenes, until showing her gaze and dialogs which lead her to the authenticity of the female lead character.

‘Falsify’ which is starring Jeon Hye Bin airs every Monday and Tuesday at 22:00.

July 13, 2017 Tirta Comments Off on What Kind of Dress that Song Hye Kyo Will Wear on Her Wedding Day?
MOVIE VIDEO