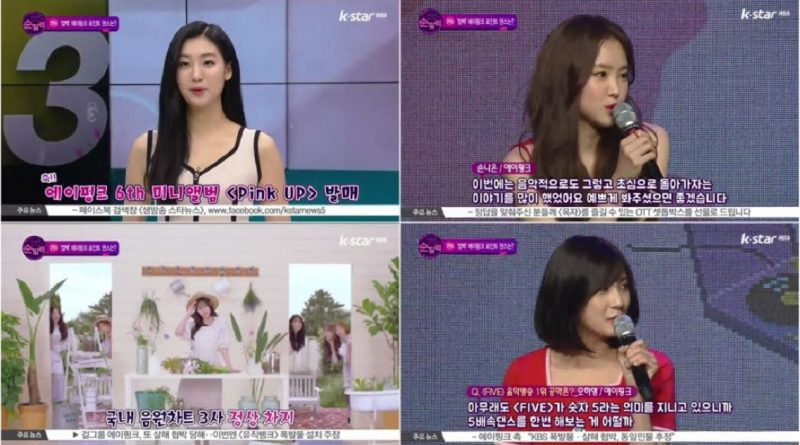 A-Pink, who constantly attracts attention with their cuteness, is back.

On June 26th, A-Pink held a showcase for their sixth mini-album, ‘Pink UP’. Fans could meet A-Pink members who still look young despite has been debuting for 7 years. The main song on this album, ‘Five’, is a dance song from A-Pink. During the showcase, A-Pink showed fans the main points from their ‘Five’ choreo.

A-Pink’s song instantly ranked first on 3 music sites at the same day as the showcase. During the showcase, they also promised to do something if their title track ranked first. “If you make us rank first, we might do it in 5 times faster version, or even 10 times faster!”

Will the new song ‘Five’ be a successful comeback for the group?