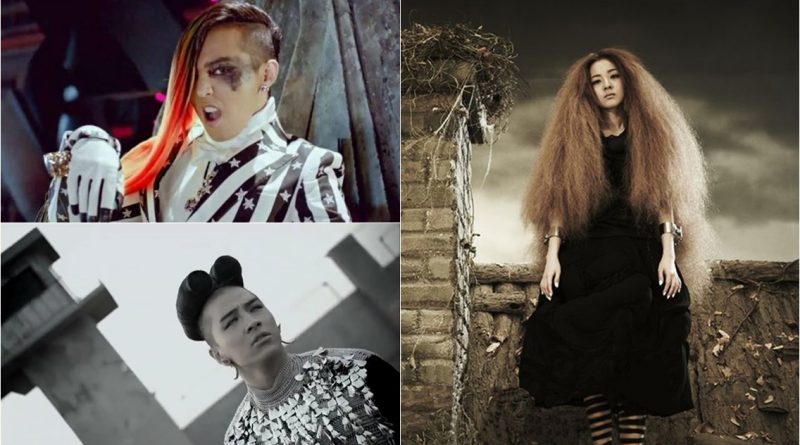 It is not enough for an Idol to have only one hairstyle. Sometimes their hairstyle change is not exactly normal. Not just flashy colors, but the haircut cannot be followed by ordinary people. This is the list of unusual K-POP idol hairstyles.

Changing color and haircut is a common thing for G-Dragon. The Big Bang’s leader is famous in the fashion industry. Throughout his career, GD has always featured a unique hairstyle. GD ever appeared with a cut of uppercut with half pink color half black. GD’s most remembered hairstyle is during the comeback album ‘ALIVE’ in 2011, he has a bang that length exceeds his face. Not only that, the shocking thing is when GD received the Mnet Asian Music Award 2013, he had yellow-haired hair with a black color in the middle that resembled sushi tamago.

Sandara is the female version of GD. In addition to being under the same agency YG Entertainment, Dara often has a unusual appearance. Starting from bushy curling style, long pigtails up to resemble coconut tree, a hairstyle like cartoon character mickey mouse and also Vegeta (dragon ball cartoon character). Yet she seems to fit in any style. That’s the charm of Sandara Park.

At first glance Taemin’s hairstyle looks normal. Taemin does have the type of androgynous face that can look like both woman and man. Taemin is aware of it and chose a long hairstyle that made him look like a woman.

Taeyang is famous for his typical mowhak hairstyle. He began to frequently change his hairstyle and is not less sensational than his partner GD. In the video clip ‘Monster’, Taeyang looked to have two mowhak hairstyles with different nuances. The strange thing is, one of these mowhaks looked like a sheep’s horn. He has also tried to braid his hair but still with his consistent mowhak style.

Which transformation do you think is the most unique?

June 16, 2017 Tirta Comments Off on Who Catch the Flower Bouquets at Celebrity Weddings?
STAR VIDEO