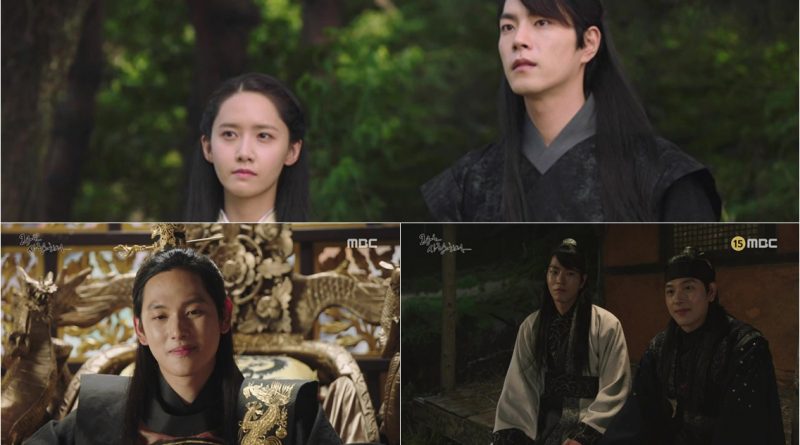 On the 19th, MBC’s Monday-Tuesday drama ‘The King Loves’ last episode, Wang Won (Im Siwan) gave up to Wang Rin (Hong Jong Hyun) and Eun San’s (Im Yoona) relationship. On the day’s broadcast, Wang Won and Wang Rin rescued Eun San who was kidnapped by Song In. Then Song In was killed by Wang Rin’s arrow.

As the head of troops, Wang Rin wanted to save Goryeo. Wang Won had no choice but to order Wang Rin to go after her. Wang Rin died by the man Wang Won sent. In the palace, Wang Won inherited the throne of King Chungnyeol and was crowned as King of Chungseon. In a place where Wang Won came, Wang Rin, who was thought to be already dead, was still alive. Eun San stood next to Wang Rin.

Wang Won let the of them go, and for 7 months he was involved in political affairs and reform. At the same time, his men reported having watched someone similar to Eun San. Wang Won did not want to know where Wang Rin and Eun San are. Finally, Wang Won returned his throne to King Chungnyeol and for 10 years he went to the Yuan Dynasty and did not return.