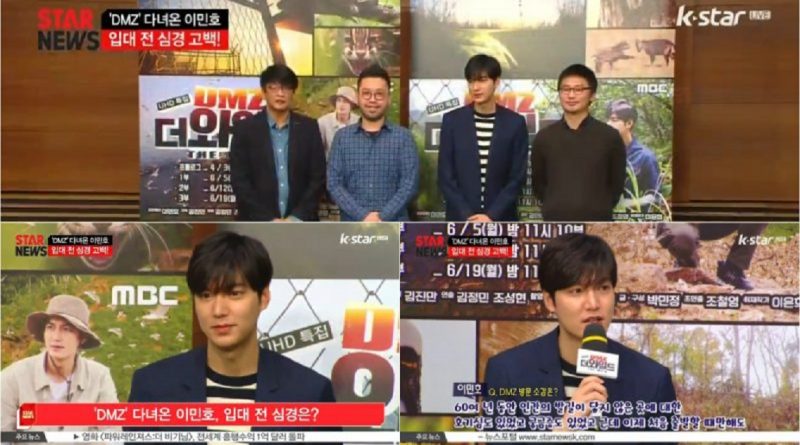 The actor revealed his reason for participating in the show. “I was curious about this place, which is said to have been untouched by humans for more than half a century. To be honest, when I started it, all I felt was curiosity. But then when I arrived there, I had a lot of worry. Will I be able to do it well? Things like that. ”

During the event, the actor also expressed his thoughts regarding his upcoming military enlistment. “I think every actor who’s going to enlist soon feel the same way. We’re sad because we’re going to be a part from fans even though it’s only temporarily. I’m actually going through the same thing right now. While waiting for the official enlistment date, I feel like I want to work in one more project.”

After experiencing an accident in 2016, Lee Min Ho was appointed to do a voluntary service instead of military. However, this year, this actor will be entering his official military service period.

May 28, 2017 Tirta Comments Off on Kim Myung Min and Byun Yo Han in ‘A Day’ Press Conference
MOVIE VIDEO

March 27, 2017 Tri Comments Off on An Interview with the Casts of ‘Ordinary Person’