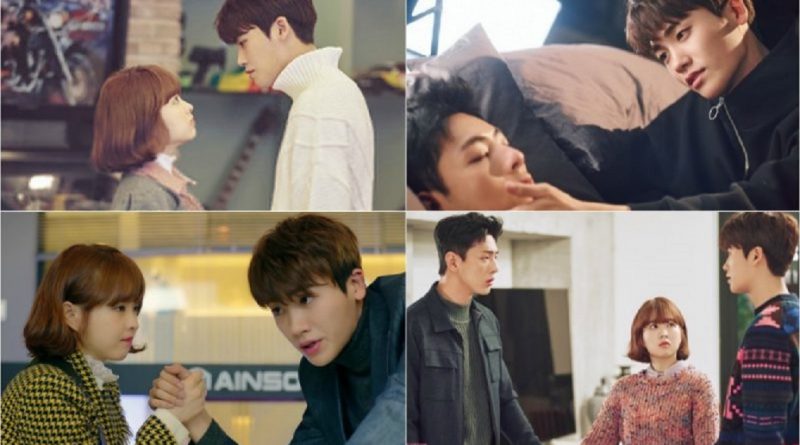 Along with the popularity of JTBC ‘Strong Woman Do Bong Soon’, each episode of the drama and the activities of the casts are becoming the public’s interest as if Ahn Min Hyuk (Park Hyung Sik), Do Bong Soon (Park Bo Young), and In Gook Doo (Ji Soo)’s charm are never enough. The activities in which the actors and the actresses do outside the drama are also getting the public’s attention.

Not only playing as the CEO of a game company, Park Hyung Sik is also participating in the soundtrack of ‘Strong Woman Do Bong Soon’. His debut in idol group ZE:A and his acting quality in the drama industry make him liked by the fans. This is not the first time he fills the OST of his own drama. But, the fans are still anticipating it.

Park Bo Young’s fashion style becomes the public’s attention. Her stylish appearance in ‘Strong Woman Do Bong Soon’ by wearing colorful outfits gives off a lovely and refreshing image. It turns out that she has a big role in creating this unique style of Do Bong Soon.

Everything that Park Bo Young wears in ‘Do Bong Soon’ will also be liked by the fans. Let’s take a look at her mini bag!

It feels a bit weird if we talk about a drama without talking about its love story. The triangle love story between Bong Soon, Min Hyuk, and Gook Doo is really unique. When the rumour about Ahn Min Hyuk being gay and also with his family pushing him to quickly get married, he takes Bong Soon with him and declares her as his lover. What will be the future of their relationship?

Even though usually a love story happens between a man and woman, it doesn’t mean there will be no sweetness among the male actors. The chemistry between the male characters of ‘Strong Woman Do Bong Soon’ is really unique!

When love starts to bloom from a simple eye contact.. Do Bong Soon and Park Hyung Sik were not aware of it.

There’s a time in which Min Hyuk gets jealous of Bong Soon and Ji Soo. What kind of scene and dialog that make him jealous?

Usually a fight is a bad thing, but Park Hyung Sik and Park Bo Young’s quarrel is really adorable. The cause is of course not something big. But the scene brings laughter and is liked by the audience.

Park Hyung Sik and Ji Soo’s promise about ‘Do Bong Soon’ viewer rating have been fulfilled. Are you curious about how the two fulfilled their promise? Let’s take a look at this video!