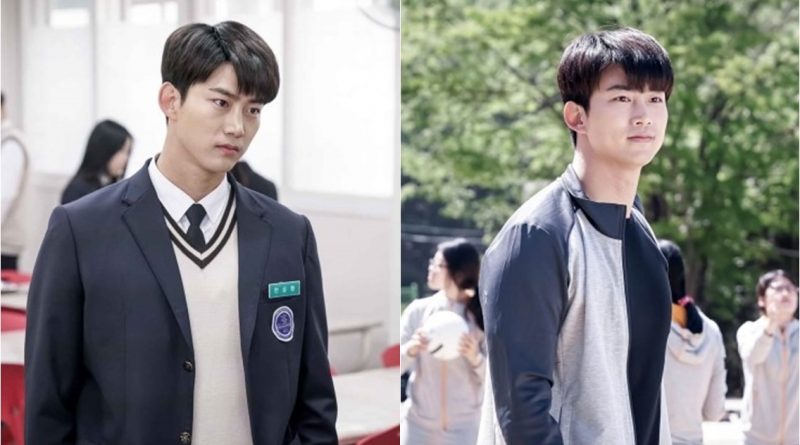 Through ‘Save Me’ Ok Taecyeon was reborn with more severe roles. In the OCN’s drama ‘Save Me’, Ok Taecyeon played the role of Han Sang Hwan who leads the investigation and collects strong evidence against the pseudo-religious group, Guseonwon.

In this work, Ok Taecyeon’s deep gaze, heavy and deep voice and visible handsome image radiated a new aura. This aura he got thanks to his 8 years of practice. Although Ok Taecyeon is involved in a busy schedule such as 2PM’s music activities, overseas tours and others, he still shows some works each year with his passion for acting.

He acted for the first time through KBS 2TV’s drama ‘Cinderella’s Sister’ performing a stable acting. After that, he expanded his acting spectrum by perfecting his characters, such as a single man, a repeater, and a priest. His filmography shows solid acting skills in ‘Save Me’.

In this work, Ok Taecyeon received a lot of praise for his success in conveying difficult feelings, love of friendship, emotional acting when betrayed by his own father and destroying the pseudo-religion.

His honesty also contributed to the praise he has achieved. ‘Save Me’ party delivered, “Even though the filming of the drama has been completed, Ok Taecyeon completed it perfectly, laughing and showing happiness.” While ‘Save Me’ being aired, Ok Taecyeon enlisted to the military. His comeback in 2 years will eagerly be anticipated.