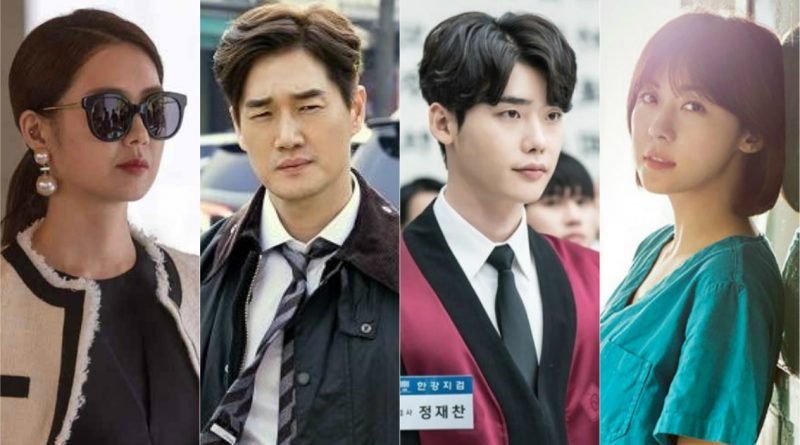 ‘Mad Dog’ and ‘Avengers Social Club’ will start competing against each other. Lee Yo Won and Yoo Ji Tae might be able to defeat Lee Jong Suk and Ha Ji Won.

MBC drama ‘Hospital Ship’ has been replaced by SBS drama ‘While You Were Sleeping’ in the first place of the Wednesday-Thursday drama with a 1% rating difference. On October 5th, SBS drama ‘While You Were Sleeping’ received an 8.9% rating exceeding ‘Hospital Ship’ which gained 8.3%. The new drama will be in the midst of competition for the 1st position in Wednesday-Thursday drama and viewers anticipate this exciting competition.

The drama ‘Mad Dog’ unveils the reality in Korea through an investigation into the fraud committed by the insurer. This drama will give lessons to the people who do such kind of criminals through the story. With a new genre based on ‘insurance crime’, the drama is expected to enhance the sense of humanism based on the reality.

tvN ‘Avengers Social Club’ is ready to compete with 3 other dramas.  ‘Because This is My First Life’ received a 2% rating at the beginning of the show, causing viewers to wonder if ‘Avengers Social Club’ can compete with three other dramas. What should be noted is whether tvN will be able to save their reputation after previously failing with previous Wednesday-Thursday drama ‘Criminal Minds’.

November 27, 2017 Ria Comments Off on 3 Unique and Tasty Korean Food You Must Try
FOOD Rank&Talk