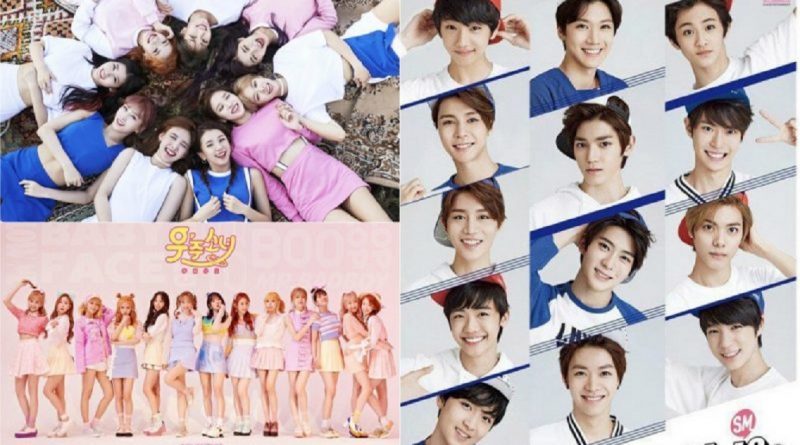 NCT is a South Korean idol group formed by SM Entertainment which debuted in 2016. NCT stands for Neo Culture Technology with the concept of an idol group with an unlimited number of members. To date, NCT has 3 sub-units, including NCT 127, NCT U, and NCT Dream. These sub-units will be based in different cities around the world. SM Entertainment intends to create a new unit and is expected to debut in China, Japan, Thailand, Vietnam, and Indonesia. Therefore, this group has foreigner members, including Win Win, Chen Le, Renjun who come from China, Yuta comes from Japan, and Ten comes from Thailand.

Twice is a girl group under the care of JYP Entertainment formed through a reality show ‘Sixteen’ in 2015. They debuted on October 20, 2015. Twice has 9 members, among members, there are 4 foreign members. The foreign members include Mina, Sana, Momo from Japan, and Tzuyu from Taiwan. Currently Twice received a great popularity with their songs that always topped the charts after being released.

Cosmic Girls is a girl group formed by Starship Entertainment and Yuehua Entertainment. The group has the nickname of Korean and Chinese girl group. As per its nickname, among its 13 members, 3 members of Cosmic Girls are Chinese. The foreign members are Oh Sun Ae, Jung Seong So and Maeng Miki. Cosmic Girls debuted in 2016 with the release of a song called Would You Like.

May 21, 2018 Ria Comments Off on 3 Korean Dramas Which Tell Stories About Music
BEAUTY Rank&Talk