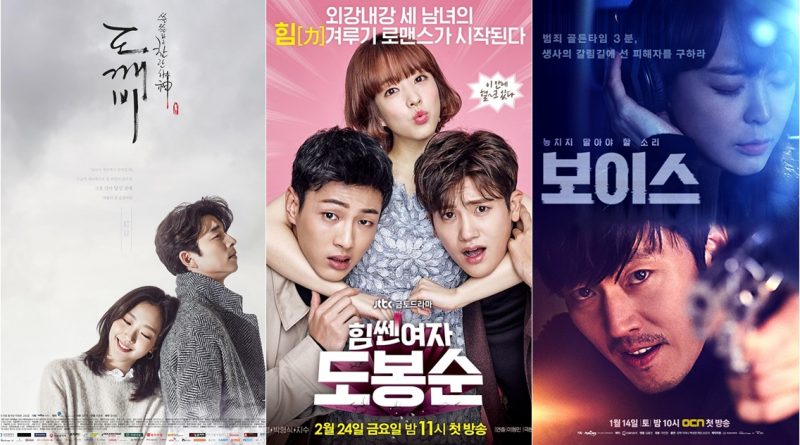 Korean dramas that aired on cable tv channels tvN, JTBC, and OCN. In 2017, cable tv also competes with terrestrial channels in drama rating competition. Here is the representative of the highest-rated cable tv drama in 2017.

Many people have expected that in the first place there will be ‘Goblin’. This series is very phenomenal and causes a remarkable syndrome both in Korea and abroad, including Malaysia. Even people who are not Korean drama lovers can also feel the Goblin Gong Yoo fever through coverage that spread everywhere. The rating of the last episode of ‘Goblin’ reached 20% and defeated ‘Reply 1988’.

It’s incomplete if we do not mention ‘Strong Woman Do Bong Soon’ which gets an 8% rating. There is still a drama with a higher rating, but the value of this drama is very high, given the ‘Strong Woman Do Bong Soon’ aired on JTBC, the channel which rarely gets high ratings. This drama has been recorded as the record-breaking highest rating in the history of JTBC drama.

OCN is a cable television station that is more inclined to carry dramas with heavy themes, such as investigations and thrillers. Rarely does OCN produce dramas with romantic comedy genres or melodrama. That’s what makes the drama in OCN quite different from the drama in general. ‘The Voice’ is a crime investigation drama from call center 119 starring Jang Hyuk and Lee Ha Na, the drama scored a 4% rating.