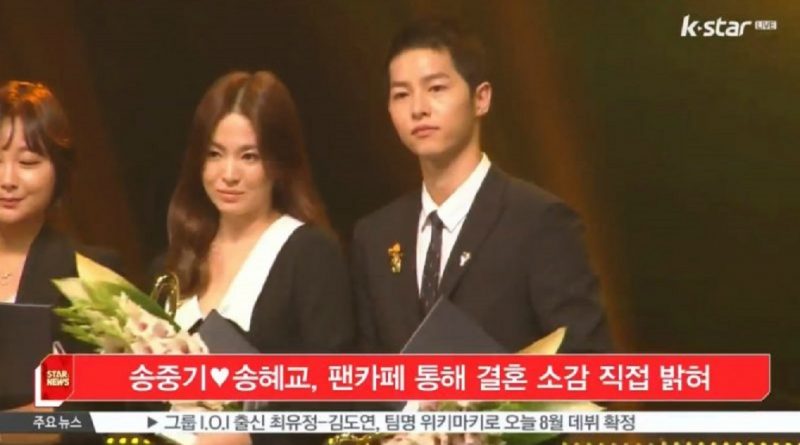 In his personal statement, Song Joong Ki revealed “When doing a work which made my name shine, I found someone special. I’m going to marry Song Hye Kyo and start a new life with her on October 31st.”

That day, Song Hye Kyo also released a statement in her own fan café. “I feel glad to have someone who loves me as much, and I’m sure of him.”

Song Joong Ki and Song Hye Kyo were paired in the drama ‘Descendant of the Sun’ and will marry on October 31st.