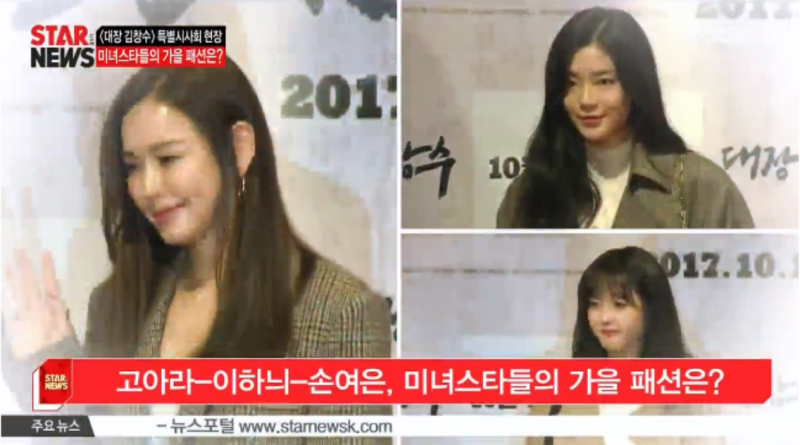 What kind of fashion style will be chosen by the beautiful artists? In the premiere of movie ‘Man of Will’, there was Ryu Hwa Young who completed the fall fashion with a trench coat combined with skinny jeans that reveal her body s-line. Then, Go Ah Ra chose a beige trendy coat. She wore a miniskirt to complete her fall fashion look.

Son Yeo Eun who showed her remarkable performance in the drama ‘Band of Sisters’ also wore a coat for her autumn fashion selections. Im Ji Yeon wore a black-and-white one-piece for her fashion and brought the fall scene, and Lee Seon Bin added jeans to her long-checked coat and showed a casual look.

Lee Honey is also fashionable in autumn fashion, wearing a long coat. She only wore a coat on her jeans but she looked amazing. Among the actresses who show off their clothes in the fall, can be found a man similar to the autumn sky, namely Lee Je Hoon. Lee Byung Hun who turned into an autumn man by adding sunglasses to the cardinal of the vertical line also appeared.

April 7, 2017 Tirta Comments Off on An Interview with Hyun Woo, the Icon of ‘Attentive Boyfriend’ in Dramas
MUSIC VIDEO