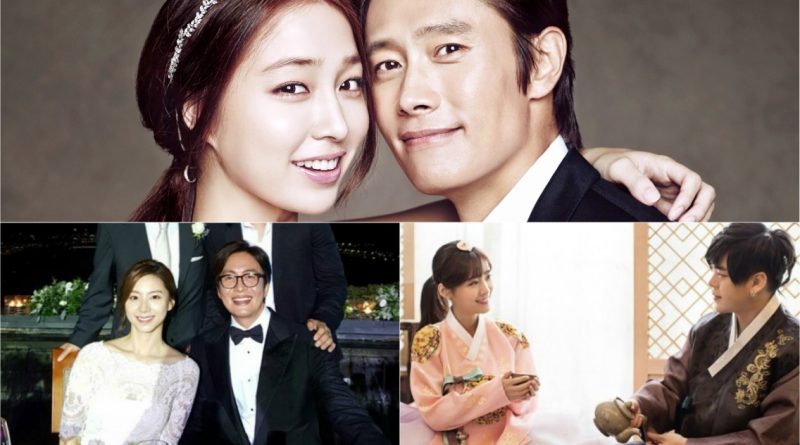 Huge age difference can sometimes be a factor that makes some people hesitant to build a serious relationship. But that does not apply to some of these Korean celebrity couples. These couples managed to prove that age is just a number and do not affect the love they have for each other. Here are 3 Korean celebrity couples who have reached the level of marriage despite their big age gap.

Lee Min Jung is an actress born in 1982, while Lee Byung Hun was born in 1970 and is now 47 years old, making the couple have age gap of twelve years old. Lee Min Jung and Lee Byung Hun were dating in 2006, but the moment did not last long. The two then got back together in 2012 and decided to get married on August 10th, 2013 at Grand Hyatt, Seoul. Lee Byung Hun had been involved in a scandal that made the couple became the talk, but both have remained faithful together until now. The couple has been blessed with a son born on March 31st, 2015.

The couple Bae Yong Joon and Park Soo Jin have an age difference of 13 years. Bae Yong Joon was born in Seoul in 1972, while Park Soo Jin was born in 1985. The couple announced their engagement in May 2015. Then the two got married on July 27th, 2015 at the Sheraton Grande Walkerhill Hotel. Their wedding was held in private and invited only friends and close relatives. The popularity of Bae Yong Joon in Japan made this marriage announcement a happy news not only to this couple but also to their fans. The couple has been blessed with a son who was born on October 23th, 2016. Park Soo Jin currently is pregnant with the second child and this news spread in August 2017.

Moon Hee Jun and So Yul are part of the Korean music scene. Moon Hee Joon is the leader of the first generation group H.O.T. and So Yul is part of the girl group Crayon Pop. Moon Hee Jun was born in 1978 and So Yul was born in 1991, making their age 13 years different. The couple announced their marriage on November 25th, 2016, and their wedding ceremony took place in Seoul on February 12th, 2017. The sudden announcement made many people startled and wonder why the marriage was held suddenly. Now the couple has been blessed with a daughter who was born on May 12th, 2017.