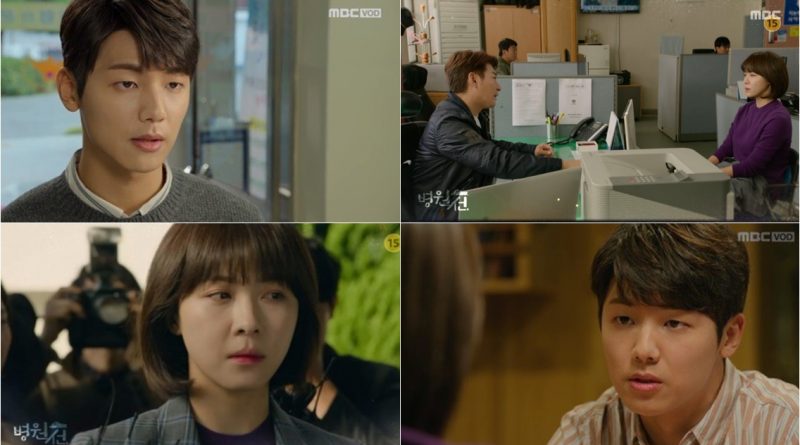 On the 25th of MBC’s Wednesday-Thursday ‘Hospital Ship’ episodes 33 and 34, Kwak Hyun (Kang Min Hyuk) was in the police station to rescue Song Eun Jae (Ha Ji Won) and the hospital ship. The hospital ship that continue to provide care and treatment to the elderly around the island experiencing unexpected conditions. Doo Sung Group urged the right telemedicine laws and made hospital vessels their targets for destruction.

But sometimes they actually made mistakes. Song Eun Jae who never performed obstetrics handled patients who will give birth on hospital ships. Although she managed to do the surgery, but the baby could not breathe properly.

Feeling that something is wrong, Song Eun Jae was charged with murder and was being investigated by the police. To get rid of her from the hospital ship, Doo Sung Group manipulated public opinion and cooperated with reporters. Kwak Hyun asked Song Eun Jae to say that she did that to the baby if the detective asked. But Song Eun Jae tried to solve her own mistake.

Song Eun Jae met the mother of the baby to explain what happened to the patient and apologized. But they did not say anything and asked Song Eun Jae to contact her lawyer only. Later it was revealed that the lawyer and Doo Sung Group worked together. At the same time, he met the leader of Doo Sung Group, Jung Tae Joon (Jung Won Joong) and discovered Song Eun Jae.

Song Eun Jae who has lived and grown alongside hospital ships has made a decision to protect everything. Her decision was none other than to leave the hospital ship.