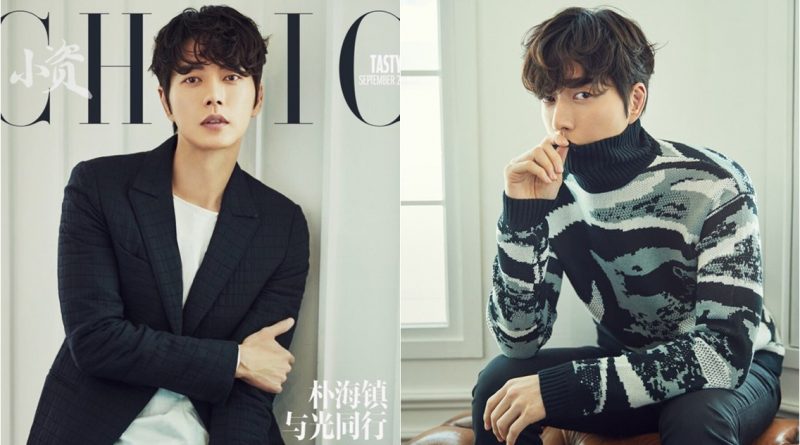 In the photoshoot, Park Hae Jin showcased his unique and emotionally distinctive sense of fashion. He wore a warm knit shirt, expressing his intensity. Dressed in a suit coat, Park Hae Jin displays a dandy charm that no one can imitate.

With the concept of retro wearing sunglasses, he displays a firm appearance with intelligent and aura between teenager and an adult man, making it difficult to describe his age. The photographer conveyed, “Actor Park Hae Jin shows a unique costume and pose that utilizes his own senses in every photo shoot. Now I understand why Park Hae Jin became a unique Korean star.”

Starting from November, Park Hae Jin will start filming ‘Four Men’ . His second encounter with director Jang Tae Yoo from ‘My Love from the Star’ became the topic of the conversation. This is a 100% pre-production drama which is hugely anticipated. In ‘Men Four’ Park Hae Jin will play 4 characters at a time. The Korean drama is preparing unexpected characters to meet viewers soon.