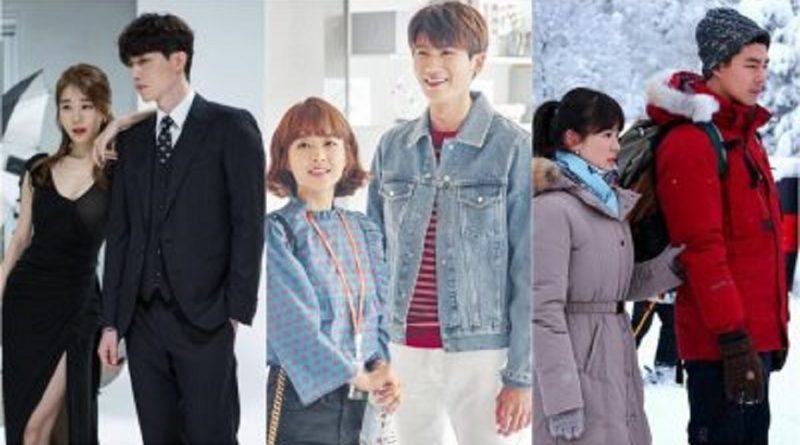 Pairing an actor who has a tall body and a cute actress to be a visually ‘ideal partner’ is advantageous for the drama itself. Here is a list of 5 pairs in the drama with big high differences:

Lee Dong Wook’s height is 184cm while Yoo In Na is 165cm. Their high difference is 19 cm. In the drama ‘Goblin’, the difference was not very visible because Yoo In Na often wears high heels.

Who would not want to have a relationship with the high and handsome senior college? Park Hae Jin who plays as senior Yoo Jung has a height of 186cm, while co-star Kim Go Eun is 167 cm. Their high difference is 19cm. The scene as they walk down the campus looking like a ‘lovey dovey’ couple looked very sweet.

With a historical background, the female characters in this drama do not need to use heels to be in balance with the actor. Yoon Kyun Sang has a height of 187cm and Chae Soo Bin is 167cm. This 20cm difference was indeed clearly visible.

The high school couple has a big high difference. The height of Jung Eun Ji 163cm, while Lee Won Geun 185cm. Their height difference is 22cm.

Nam Joo Hyuk debuted as a model, so it is not surprising if he has a tall body. Kim So Hyun’s, his co-star in the drama ‘School 2015’,  height is 166cm, while Nam Joo Hyuk is 188cm. With this 22cm difference, it was nice to see the scene when Nam Joo Hyuk hugged Kim So Hyun.

Undoubtedly, Jo In Sung is one of the most visually charming Korean actors. Having a good body proportion with his tall body makes him look good in whatever he wears. There is no exception to his visual when coupled up with Song Hye Kyo in the drama. Jo In Sung’s height is 186cm while Song Hye Kyo is 161cm. Jo In Sung and Song Hye have 25cm difference.

Actually, Park Hyung Sik is not too tall compared to other actors. However, his co-star Park Bo Young, in ‘Strong Woman Do Bong Soon’ does have a cute petite body. Park Hyung Sik has 184cm height while Park Bo Young is 158cm. With this 26cm difference, they make such a cute couple.

The seven pairs above look good together. Although the difference in height is quite but, they still look sweet and make us want to have a tall boyfriend. Which one is your favorite couple?