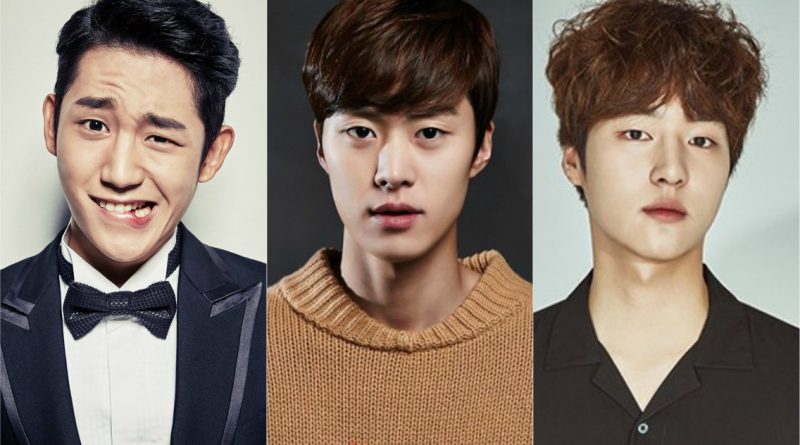 The actor born on April 1st, 1988 is a rising actor thanks to his performance in the SBS drama ‘While You Were Sleeping’. Despite being not young anymore, he had undergone military service when he was in his 20s so that his activities in the entertainment industry would not disturbed. In the drama ‘While You Were Sleeping’ Hae In managed to steal the hearts of the audience by acting as Han Woo Tak who is a handsome policeman who can see future events through his dream. The triangle love story between Jung Hae In, Suzy, and Lee Jong Suk makes this drama more awaited by viewers.

The actor was born on May 26th, 1994. He has attracted attention since playing in the drama tvN ‘Drinking Solo’. His acting skills are even more impressive when he competes acting with Nam Joo Hyuk, Shin Se Kyung and Krystal in the tvN drama ‘The Bride of Habaek’. And in the second half of 2017, Gong Myung again showed his acting in the tvN drama ‘Revolutionary Love’ by acting as Kwon Je Hoon. In this drama he co-acts with Choi Siwon and Kang Sora. His character in this drama can be said to be very compatible with him, so his acting is very natural. He is still young, but his acting is very promising.

October 15, 2017 Ria Comments Off on Will 14 Year Age Difference Between Song Seung Heon and Go Ara Be Challenging?