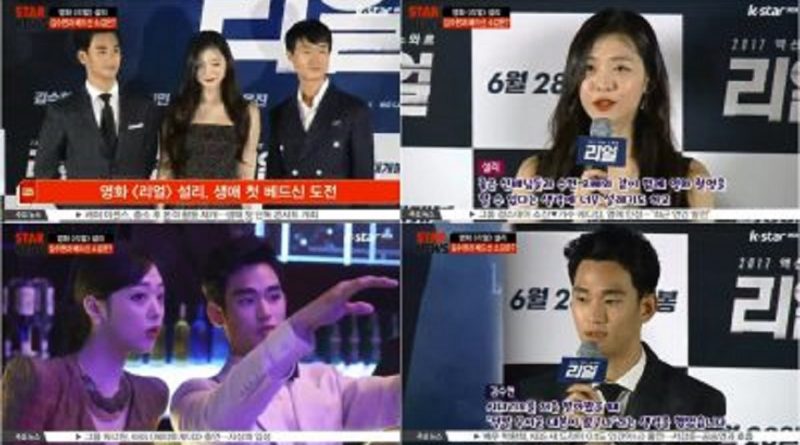 Kim Soo Hyun explains, “When I first got the script, I thought “This is really a creepy script” it seems like this is the scariest script I’ve ever seen”. Meanwhile, Suli says, “I chose this movie because I thought it would be a big challenge and I was happy to shoot a movie with a good actor and Soo Hyun”.

This is a topic because this is Sulli’s first acting challenge. Sulli’s role as Kim Soo Hyun’s therapist and lover becomes public attention. Sulli is very confident with the movie ‘Real’ he is not afraid of the unusual plot.

“I think in Korea like this movie has never existed, I also think this good movie is very unfortunate. If you’re curious about what I like, because this is my favorite movie, I’ll be grateful when you watch it you guys think “Sulli loves things like this”, says Sulli.

Kim Soo Hyun and Sulli have been getting lots of issues and a warm response in the movie ‘Real’. Many of the stars are also interested. Goo Hara is wearing a blue dress tops, and IU is wearing a floral red flower dress is present to support his close friend Sulli. Han Yee Seul comes with a short-sleeved black shirt and a long white skirt meanwhile Jung Hyu Won comes with a big white shirt. Ok Taecyeon who collided acting with Kim Soo Hyun in the drama ‘Dream High’ also present. Park Seo Joon who is an agency with Kim Soo Hyun appeared to provide support for the movie ‘Real’. SHINee’s Minho who is getting more handsome each day also comes to give his support.