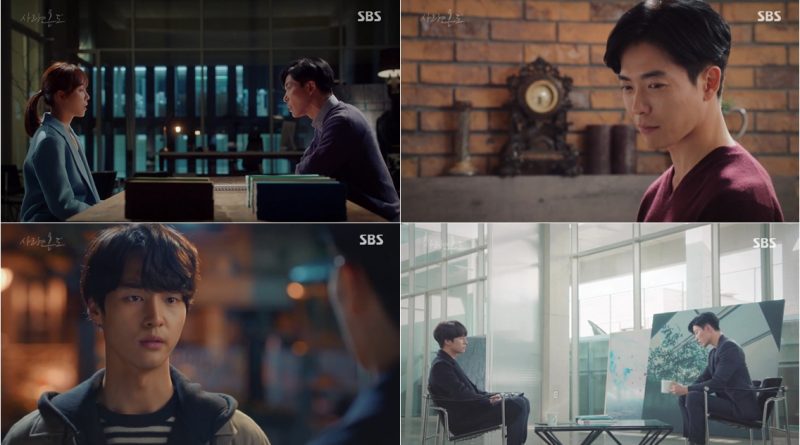 In SBS’s Monday-Tuesday drama ‘Temperature of Love’, Park Jung Woo (Kim Jae Wook), who got supports from viewers, was beginning to change. He lost love, friendship, and trust. Park Jung Woo is a dazzling character who has gained much more attention than the main cast and got tremendous popularity.

On the 30th, in the drama ‘Temperature of Love’ episodes 23 and 24, depicted Park Jung Woo who did not stop expressing his feelings to Lee Hyun Soo (Seo Hyun Jin). Jung Woo talked about Hyun Soo’s love towards On Jung Sun (Yang Se Jong), though he got rejected he will not hide his feelings. He wants to interfere with Hyun Soo and Jung Sun’s relationship until finally losing a friendship for love.

For 5 years, Jung Woo has kept Hyun Soo on his side. He knows that Hyun Soo already loves another man and always gives him spirit every day. Then he decided to propose her after 5 years, he is surprised that the two people he loves most, Hyun Soo and Jung Sun, love each other. Eventually, he became the figure of an obsessed man.

Of course Jung Woo’s hurt feelings when the woman he loves for long, dating a friend he loves, can be understood. But viewers cannot understand the situation when he forced his will on the people he loves. The viewers are captivated by Jung Woo’s previous character, but Jung Woo’s current attitude, which forced and destroyed Hyun Soo and Jung Sun’s relationships does not make viewers happy.

In ‘Temperature of Love’ Park Jung Woo has a unique charm. His uniqueness becomes a perfect character in his work, and Kim Jae Wook channeling it very impressively. Park Jung Woo becomes more obsessed with his feelings towards Lee Hyun Soo. But it’s unfortunate that Jung Woo’s character becomes less enchanting for a while compared to the time when he was rejected by Hyun Soo.

January 31, 2018 Tri Comments Off on 5 Korean Stars Who Appear in Hollywood Movies

February 24, 2017 Tri Comments Off on Four Actors in Their 30s Who Successfully Spread ‘Ticket Power’ in Movies