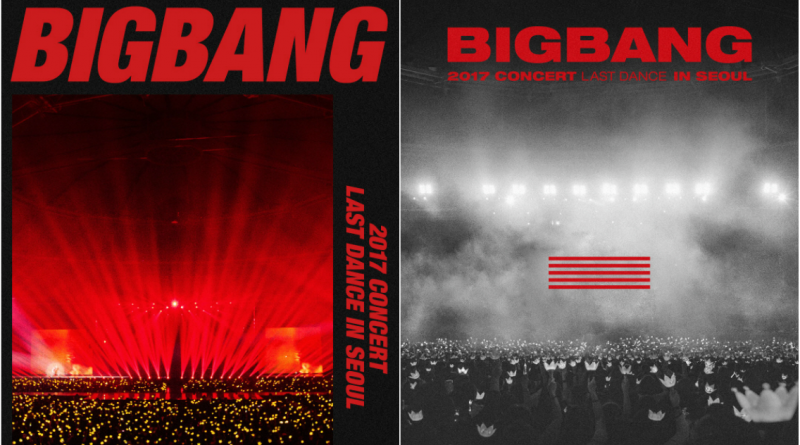 The opening of Big Bang concert ticket sales for the year-end will be announced soon.

On the morning of the 31st, YG Entertainment released two main posters for Big Bang concert in Seoul through its official website.

Fans are seen filling the place with their yellow crown lightstick (a glowing rod that symbolizes Big Bang) waving it very brightly.

Big Bang will hold “BIGBANG 2017 CONCERT IN SEOUL” at Goguryeo SkyDome in Seoul on December 30th and 31st and plan to make a beautiful end of the year.

The first ticket booking is available at 20:00 on November 16th and is expected to be more competitive than ever before.

They will exhibit brilliant production by utilizing large-scale stage and lighting, including solo stages of G-Dragon, Taeyang, Daesung, and Seungri. In particular, this will be an opportunity to review the meaning of Big Bang that has left a trail in the history of the music industry.

Prior to the concert in Seoul, Big Bang will begin the Dome Japan tour for the first time as an overseas artist to have a concert in five consecutive years in four cities in Japan starting from November 18th.

April 7, 2017 Tri Comments Off on BTOB Spotted Going to Japan